GMA-7 reacts to Inquirer article; says the Kapuso network is not a "sunset" business 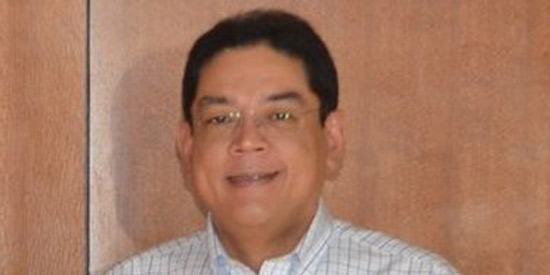 Thereafter, a statement was released to the media underscoring how Duavit was clearly misquoted as saying, “that is not to say that GMA-7 will not be sold.”

It also clarified that, in stark contrast, Duavit has repeatedly said, “GMA-7 is not for sale…but that is not to say that GMA may not be sold, depending on the offer price.”

To date, GMA-7 is not in serious negotiations with the Philippine Long Distance Telephone (PLDT) Group.

In the same article, which was published in the Philippine Daily Inquirer, Marbella computed the network's value based on the share trading price and the total number of listed shares in the stock exchange.

This, according to GMA-7's statement, is "patently incorrect."

According to Duavit, the 30.86 percent of the company’s stock in the form of preferred shares are not listed in the stock exchange.

The said preferred shares have been the subject of disclosures to the Philippine Stock Exchange and Securities and Exchange Commission.

With regard to the network's increased spending, the statement said it was not solely “driven by competitive pressures,” which was mentioned in Marbella’s article.

Duavit also pointed out that GMA-7’s increased programming spending in 2011 was a deliberate and conscious investment to attain the objective of dominating the national ratings, the benefits of which are obvious.

Contrary to Marbella’s insinuations that broadcast is a “sunset” industry, Duavit underlined that the cutbacks in ad spending by some major advertisers last year were brought about by the economic crises in both the U.S. and Europe.

As early as February 2012, 85 percent of GMA-7’s total ad revenue target for the year had already been secured by advertiser commitments.

Duavit said that this is untrue.

From the standpoint of a broadcaster, the single largest investment would be the transmitter network, which, based on known costs is neither prohibitive nor massive. In fact, a digital transmitter network would be less costly to maintain and operate, and as a whole, is far more efficient than its analog equivalent.

While it may be true that HD TV has begun to proliferate in the first-world TV markets, Duavit noted that the adoption of HD TV in the Philippines is more a matter of practicality than a hurdle for GMA because it would require or presume that Philippine television households already have HD TV sets, which we all know are limited in number to an insignificant percentage of viewing households simply because of the cost of these sets.

While it is not inconceivable that a significant number of television-viewing homes may have HD TV sets in the distant future, this early, GMA-7 has already made and continues to make the necessary investments towards Digital TV, short of the transmitter network for reasons previously stated.

Duavit also took strong exception to Marbella's closing statement, which seems to insinuate that GMA-7 is anything less than a big player in the industry.

“We lead in the national ratings. Moreover, we are, and continue to be the most profitable broadcast network in the country and our profit margins and operational efficiencies are second to none,” Duavit said.

The statement also stressed that "GMA is devoid of any long-term debt and continues to grow its business revenue in other areas outside of conventional television advertising, most notably through its international channels."

Duavit affirmed, “If ours were a ‘sunset’ business as Mr. Marbella implies, then the question is why certain amounts attributed to the value of our company are such, and why TV5 is spending billions building its infrastructure, pirating talents, and taking losses just to gain a foothold."

Lastly, the network's big boss also reacted to the closing sentence in Marbella’s article, saying, “It would be prudent for GMA-7 to start preparing while the price is right.”

Marbella, the statement said, evidently has his own conclusion or idea of what GMA Network as a company is worth.

“It seems Mr. Marbella and I have different opinions,” Duavit said.