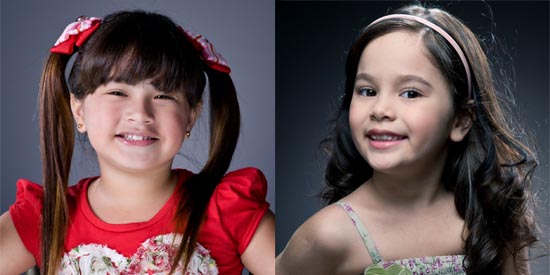 Luna Blanca stars Jillian Ward and Mona Louise Rey are all set to charm the Cebuanos this Sunday, May 6.

On top of their itinerary is Barangay Quiot, where "Kapuso Barangayan"—a meet and greet with the soap's cast—will be held at 2:00 p.m.

Afterwards, the two lasses, along with Camille Prats, Chynna Hortaleza, Buboy Villar, and Arkin Magalona, will proceed to SM City Cebu, where the Kapuso Mall Show will be staged at 4:00 p.m.

GMA Regional TV's executive Oliver Amoroso says, “We are thrilled to share with our Kapusong Cebuanos a sneak peek of Luna Blanca as Cebu is the first stop of our promotional efforts for the Network’s newest offering.

"And more is in store for them in the coming weeks. Just always tune in to the channel!”

On the same day, at 3:00 p.m., Vic Sotto will not only say "hello, fans" but will also perform live via Concert ni Bossing! at the Hoops Dome in Lapu-Lapu City.

The highlights of the promo tour will be featured in Let’s Fiesta TV Special on May 27 via the Network’s regional stations in Cebu, Davao, Iloilo, Dagupan, CDO, GenSan, Naga, and Bacolod.

ABOUT THE SOAP. Luna Blanca is expected to conquer the households of Kapuso viewers this month.

She adds, “Luna Blanca is the first multi-generation drama on Philippine television. It is an interactive program wherein the viewers can lobby for their favorite stars to portray the grown-up roles of Jillian and Mona Louise. This is definitely going to be exciting for everyone!"