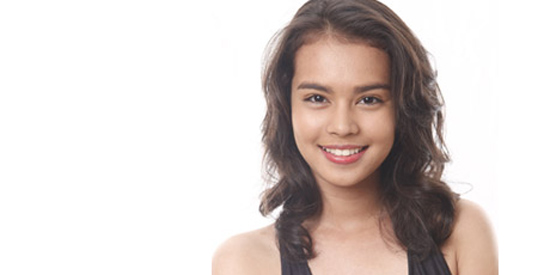 Earlier this week, the housemates of Pinoy Big Brother Teen Edition 4 were given a challenging task: to take care of bulilits or kids whose ages ranged form 3-6 years old. The housemates also successfully organized an educational play featuring the bulilits.

To celebrate Mother’s Day, a number of housemates had the chance to talk to their respective mothers on the phone briefly. For Claire Bercero, celebrating Mother’s Day this year became extra special because she reunited with her mom, Lani Bercero inside the Confession Room. Kuya arranged for the meeting.


Kuya revealed that he is trying to locate the whereabouts of her French father, whom Claire hasn’t seen or met ever since she was born. There were several photos inside the confession room but Claire's mom said none of the photos belonged to Claire’s father.


A separate photo was then shown and this time, her mom indicated that this photo represented Claire’s father.


Kuya told them that the staff will continue with the research and do their best to locate Claire’s father. This news pleased both Claire and her mom.

PBB host Toni Gonzaga announced the housemates who safe for the week. Yves was the first to be declared “safe,” followed by Keith, then Mariz. The ones left were Claire and Karen. Toni then indicated that Karen was safe, making Claire the third housemate to be voted out from PBB Teen Edition 4.

Claire was then met outside the PBB house with PBB hosts Robi Domingo, Bianca Gonzales, and John Prats. Toni asked the Cinde-rebel ng Makati to name the housemate whom she thinks isn’t showing her real self.