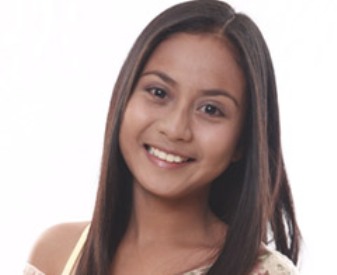 Clodet Loreto only received 10.80 percent of the votes, making her the fourth housemate evicted from Pinoy Big Brother Teen Edition 4.

Proceeds from the benefit event will provide financial assistance to a Masbate-based elementary school that is currently being built in time for classes this June.

The concert was scheduled for May 18, 2012 but unfortunately, it was cancelled due to an internal squabble involving several housemates. One of the issues raised was “hiding” food from other house members. A heated argument between youngest teen housemate Clodet Loreto and Kit “Kit Tangkad” Thompson erupted.

Kuya reprimanded the housemates and told them that the concert will not push through unless they fix the situation. Apologies were exchanged between Clodet and Kit and issues were cleared.

During the live eviction night held in front of Big Brother’s house in Quezon City, PBB hosts Bianca Gonzales and Robi Domingo announced that the “Build a Big Dream Concert” will finally push through on May 24th. The teens continued to practice the various production numbers for the scheduled concert.

The housemates dread the weekend as it signifies another eviction. Who among the nominees will follow Claire Bercero in getting out of the PBB house? Nominated for possible eviction are Clodet Loreto, Karen "Hagikgik Chick” Reyes, Kit Thompson and Mariz “Inday Husay” Raneses.

PBB host Toni Gonzaga had a chat first with the nominated housemates before announcing the next evictee.

Considered safe for this week is housemate Mariz Raneses of Cebu. Next it was announced that Karen Reyes of Oriental Mindoro garnered enough votes to be declared safe. Kit Thompson of Pampanga emerged as the third housemate who is considered safe. The youngest teen evictee turned out to be Clodet Loreto of Davao.

Clodet said her goodbyes to fellow housemates and left Big Brother’s house to join hosts Robi Domingo, Bianca Gonzales and Toni. Her Tito Arnold welcomed Clodet to the “outside world.” Toni asked the youngest but outspoken teenager if she had any grudges against any of the housemates.