Kit Thompson of Pampanga is evicted from PBB Teen Edition 4 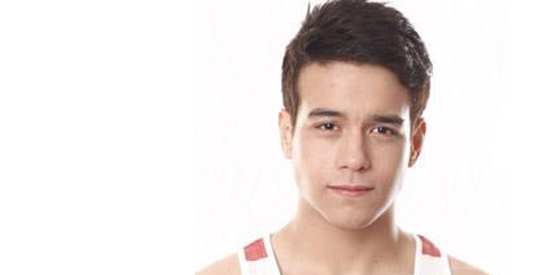 The teen housemates had a blast performing in Big Brother’s weekly task, “Build a Big Dream” concert, a fund-raising event which pushed through last May 25, 2012 inside the Pinoy Big Brother house. The beneficiary of the event is Leyte-based Mababoy Elementary School.

The housemates were ecstatic with the result especially when they learned that the concert drew a total amount of P354,000.

Last week, Kuya had a big surprise for one of the housemates, Kit Thompson. Kit’s father, who is a New Zealand national, is a frequent traveler. However, he took time off his hectic schedule to watch Kit perform at the concert. He was truly delighted with his son's performance.

Kit was summoned by Kuya to go to the confession room. Upon entering the confession room, Kit was surprised and delighted to see his dad in person. Big Brother gave him and his dad 100 seconds to bond with each other. It was a touching reunion between father and son.

As soon as the 100 seconds was over, Kit and his dad said their goodbyes.

The eleven remaining housemates again had to deal with the prospect of saying goodbye to one of their own. Nominated for possible eviction were Alec Dungo from Laguna, Kit Thompson from Pampanga and Yves Flores from Tarlac.

PBB host Toni Gonzaga had a chat with the housemates before announcing the eviction verdict. From among the three, Alec was the first considered “safe.” And the second housemate declared “safe” from eviction was Yves, making Kit the fifth evictee of PBB Teen Edition 4.

Host John Prats was there to welcome back Kit to the outside world. Upon reaching the stage, Kit and his mom were locked in a tight embrace.

Before the episode ended, Toni asked the Kid Tangkad ng Pampanga to name the housemate whom he considers the most difficult person to get along with. Kit candidly responded, “Nagkasundo naman kami pero lately, my fights…si Karen [Reyes]. Lagi kaming nag-aaway."

Kit got the lowest turnout of votes from televiewers at 19.10%. Alec garnered the highest percentage of votes at 40.81% while Yves received 40.01% votes.