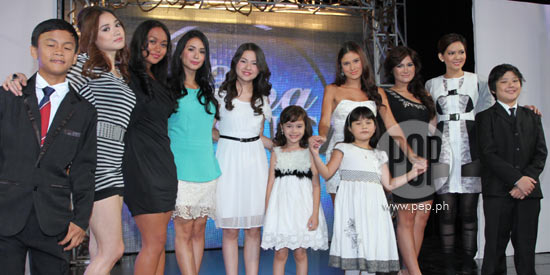 "Using an assumption of five viewers per household, GMA’s margins translate to almost 900,000 viewers over ABS-CBN and 3.7 million viewers over TV5 nationwide.

"GMA’s share point lead over ABS-CBN from January to May 31 hit almost six points, while its lead against TV5 was at 21 points.

"In Mega Manila, an area strategically important to advertisers as it comprises the bulk of total urban television households at 59.5%, GMA had an outright win with 40.2 share points, more than 15 points away from ABS-CBN’s 24.6, and 25.7 points higher than TV5’s 14.5 points.

"Further, GMA strengthened its programming with a string of launches on primetime and daytime in the previous month.

"GMA’s newest primetime offering Luna Blanca, the first multigenerational drama, outrated in Mega Manila ABS-CBN’s counterpart program Princess and I during its debut last May 21, while the early morning cooking show Cooking with the Stars has been a constant nationwide ratings winner over ABS-CBN’s Kris TV since its premiere last May 28.

"On Saturday daytime, GMA’s My Chubby World is the recognized kids’ favorite over ABS-CBN’s The Penguin. GMA’s kiddie show had another season relaunch last May 12 and has consistently clobbered the competing program across all areas.

"GMA subscribes to the Nielsen TV Audience Measurement along with 21 companies including another major network, TV5; Faulkner Media; CBN Asia; 15 advertising agencies and three regional clients. On the other hand, ABS-CBN is the only local major TV network reportedly subscribing to Kantar Media, formerly known as TNS.