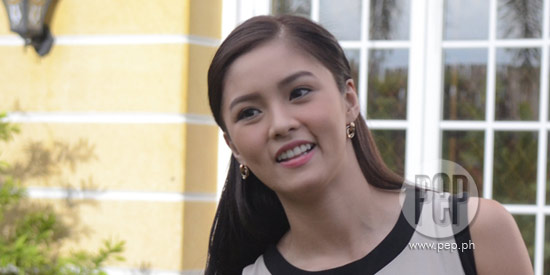 Kim’s surprise entry in Kuya’s house made Yves uncomfortable since he is starting to have “special feelings” for Myrtle. Kim is Yves’ girlfriend and best friend in the “outside world,” which Myrtle didn’t know about. Yves and Kim talked about their relationship and agreed to put an “end” to it. Kim and Myrtle also threshed out issues between them.

Big Brother summoned Kim to the confession room and talked to her about these issues. While speaking to her, Yves and Myrtle were talking as well. Big Brother told Kim they will listen to their conversation. Yves admitted his mistakes to Myrtle and was apologizing to her because of the pain he caused. Kim asked permission from Kuya if she can “show” up and talk to them briefly. Kuya granted her request.

Kuya thanked the two house players before they made their exit.

After the house players left, Kuya announced to the teen housemates that no one will be evicted from his house that week. The news brought joy to the remaining nine housemates.

However, Kuya informed them that one housemate is automatically nominated for possible eviction this week.


It was revealed that Big Brother spoke to the males and females separately. The ladies didn’t nominate any male housemate. On the other hand, the male group nominated one female housemate for possible eviction and that person is Myrtle Sarrosa.

Towards the end of the show, it was announced that the PBB Teen Edition 4 “Big Night” will take place on July 7, 2012.

As a former housemate who had once lived through social tension inside the closely monitored house, Kim will impart lessons and encouragement to the current housemates as well as bring positive influence to them.

Kim’s visit is just one of the four “Big Events” Big Brother has in store for the last four weeks of the program, which is slated to hold its Big Night on July 7.


Meanwhile, Yves Flores and Tom Doromal are the two other housemates nominated for eviction this week.

Tom got votes from fellow housemates for allegedly spewing offensive jokes, while Yves was accused of hitting on Myrtle although he was in a relationship with his friend in the outside world.