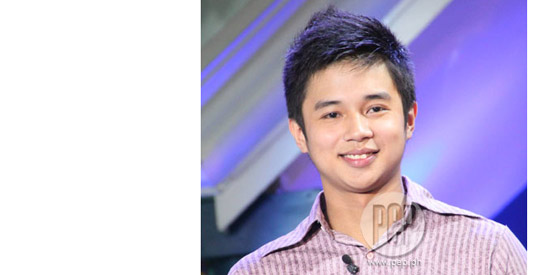 Yves Flores, the Masunuring Son of Tarlac, was evicted from Pinoy Big Brother Teen Edition 4. The Big Night will take place at the Malolos Sports and Convention Center, Bulacan on July 7.

Last week, Big Brother gave a special assignment to housemates Karen Reyes and Myrtle Sarrosa. Both of them were tasked to teach a unique skill to their fellow housemates. Karen chose to teach ballroom dancing while Myrtle opted to share her knowledge and skill in classical singing. Kuya asked the housemates to choose the class that they would attend. Alec and Ryan chose Myrtle’s classical singing class while the rest chose ballroom dancing.

A special presentation was held and the housemates performed their respective newly-acquired talents.

Apart from this task, Big Brother assigned the housemates, which were divided into two groups, to make a unique pictorial campaign for a popular clothing line. Each group had two models, a stylist and a photographer for the campaign dubbed “Raise the Roof.”

Twins Joj and Jai, Alec and Roy comprised Team A while Team B is composed of Myrtle, Yves, Karen and Ryan. The winner of the challenge was Team A and they won for themselves a multimedia gadget.

Friday is now the new eviction day. For this week, Karen Reyes, Myrtle Sarrosa, Yves Flores and Ryan Boyce were the nominated housemates for possible eviction.

Before giving the “verdict,” PBB host Bianca Gonzales had a casual chat with the housemates to calm their nerves. The first housemate she called and is considered “safe” is Myrtle, followed by Karen. And the third housemate who is also “safe” from eviction is Ryan. Dubbed as the Masunuring Son of Tarlac, Yves turned out to be the eighth evictee from Kuya’s house.

Robi Domingo brought Yves onstage and he was warmly welcomed by his Daddy Romy.

Bianca asked Yves about the “hot” issue concerning him loving two ladies at the same time, referring to Myrtle and Kim Balot.

The hosts also revealed that surprising challenges will happen when former teen housemates re-enter the PBB house this week.

Come July 7, 2012, the winner of Pinoy Big Brother Teen Edition 4 will be introduced to the public. The Big Night will be held at an out-of-Manila location for the very first time. The Malolos Sports and Convention Center in Bulacan will serve as venue for this event.


MYRTLE-YVES-KIM LOVE TRIANGLE. It will be recalled that a few weeks ago, Kim Balot was introduced as one of the house players. She was described as the girlfriend of Yves in the outside world.

Before Kim entered the PBB house, Yves was paying special attention to Myrtle.

In an interview aired during the June 24 episode of The Buzz, Kim Balot clarified that she and Yves ended their relationship before the Masunuring Son of Tarlac entered the PBB house.

For his part, Yves denied that he was a flirt. The 17-year-old boy also revealed that he had 5 girlfriends in the past.

Yves denied tags labeling him as a two-timer or “babaero.”

Was he officially in a relationship with Kim?

Given this situation, why did he still woo Myrtle inside the house?

Does he have plans to continue wooing Myrtle?

Who do you think will emerge as the big winner of Pinoy Big Brother Teen Edition 4?