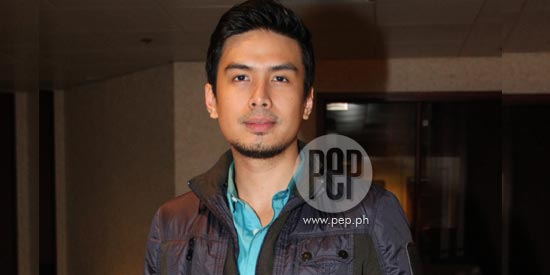 Christian Bautista’s decade long career had been quite a journey from competing in reality singing show Star in a Million to becoming one of the hottest pop singers in South East Asia today. His 10th Anniversary TV Special, which airs on July 8, 11 p.m., on ABS-CBN’s Sunday’s Best, will feature all that made Christian Bautista the artist he is today.

Asian Pop Star Christian Bautista has every reason to celebrate.

2012 marks his 10th year in the music industry where he has come to be known as a romantic balladeer.

From being a finalist in the ABS-CBN reality singing tilt Star in a Million, Christian has established a singing career not only in the Philippines but is well in South East Asia.

After releasing a self-titled debut album in 2004, Christian’s “The Way You Look At Me” became his ultimate hit single that frequented the airwaves of radio stations in Indonesia where he has wrought a fan base.

After the multi-platinum hit, Christian went on to record and release more albums—Completely, Captured, It’s Just a Love Song… Live!, Romance Revisited: The Love Songs of Jose Mari Chan, A Wonderful Christmas, and his latest, Outbound.

In 2011, Christian starred in the pan-Asian musical-drama series The Kitchen Musical with Filipino singer-thespians Karylle, Art Acuña, and Thou Reyes. The Singaporean production as well as its cast boasts of international awards that the show has bagged in the 2012 New York Festival.

To celebrate every song, album, project that paved a way for him to reach pop star status, the singer held a musical night where he got to share the stage with today’s hottest stars and singers.

"The Way You Look At Me: The Christian Bautista 10th Anniversary Special” will be aired this July 8, Sunday, at 11 p.m., on ABS-CBN’s Sunday’s Best.

“Thank you to ABS-CBN. Thank you to my manager Carlo Orosa who was able to create this special for me. And of course, for ASAP, for creating this. I really felt loved and valued,” Christian said at a press conference held June 27, at the 9501 Restaurant in ABS-CBN Network, Quezon City.

“This TV special shows my beginning, my struggles, my failures, my drama, my future. Sana makita ng tao.

The TV special, hosted by Carmina Villarroel, likewise features a “tell-all” interview wherein the balladeer will share what the past ten years was like, revealing details about his relationships and career.

Considering the show’s title, Christian was asked why that particular single is most special to him. In the said concert that singer teared up while performing “The Way You Look at Me.”

"'The Way You Look At Me' is the song of my life. It has brought me to where I am now. And it settles me, binigyan niya ako ng focus, ng direction,” told Christian.

“Binibigyan niya ako ng lakas. Especially yung words na, ‘I never know what you see but there’s something in the way you look at me.’

“There are singers who are better looking than me but somehow there’s still a bunch of people who like me and who sustain me.

“I’m not a high-profile teleserye actor who anyone sees, they’d go crazy, but there’s bunch or group of people who believe in me and push me. So, dun ako naka-focus sa kanila.