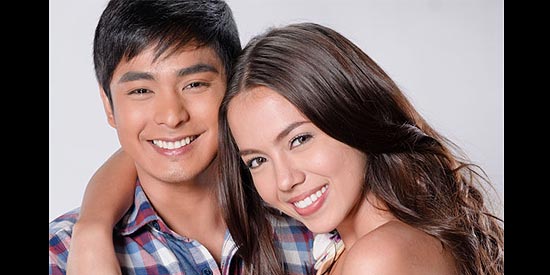 "Data from Kantar Media’s combined urban and rural TV audience measurement survey showed that ABS-CBN's average national audience share hit 42% on total day or a ten-point lead versus GMA with 32%. ABS-CBN strengthened its performance especially in the last week of June where it obtained an average audience share of 43% from June 24-30 against GMA’s 31%.

"ABS-CBN further bolstered its undisputed leadership for the whole month of June in primetime (6PM to 12MN) when most Filipinos spend time watching TV and advertisers put their investments to reach more consumers efficiently, as it hit a whopping 51% audience share or half of the Philippine TV households tuning in to ABS-CBN and almost twice more than GMA’s audience share of 27%.

"ABS-CBN continued its winning streak across other territories in primetime. In Metro Manila, ABS-CBN beat its rival with an average audience share of 37% vs GMA’s 32%. ABS-CBN also challenged GMA in Mega Manila with an audience share of 36%, slightly higher than Kapuso’s 34%.

"ABS-CBN also managed to trounce competition in Luzon with bulk of its primetime viewership coming from Total South Luzon where ABS-CBN scored an average audience share of 63% vs GMA’s 20%. ABS-CBN, on the other hand, hit an audience share of 53% vs GMA’s 27% in Total Balance Luzon or areas outside Mega Manila; and 53% vs 27% in Total North Luzon.

"Meanwhile, in the VisMin regions, ABS-CBN Primetime Bida remains undisputed with an audience share of 60% vs GMA’s 22% in the Visayas and 66% or four times bigger than GMA’s 16% in Mindanao.

"This dominance was mainly driven by ABS-CBN’s top-caliber primetime offerings that continue to gain significant increases as more and more viewers watch them on weekday nights.

“Walang Hanggan remains to be the most watched program in the country with an average TV rating of 41.8%. The Coco Martin-starrer led the twelve ABS-CBN shows in the top 15 programs.

"Royal teleserye Princess and I came in second place with a national TV rating of 38.6% followed by the number one weekend program Maalaala Mo Kaya on third with 35.9%.

“TV Patrol, on the other hand, remains to be the leading newscast in the country scoring a national TV rating of 31.8% vs rival 24 Oras with 17.6%.

Making an entry in the top 15 are The X Factor Philippines and Aryana on the 8 th and 10 th spots respectively. The biggest musical event of the year scored a national TV rating of 24.4% while the story about a tween mermaid hit 22.4%.