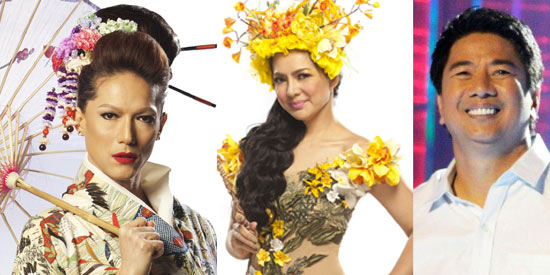 TV5 recently announced its new program line-up beginning July 28, 2012. The Kapatid Nework promises to offer bigger, better and brighter shows for the second half of 2012.

“TV5 has something for everybody. We aim to deliver a fresh new perspective at how audiences enjoy the network’s news, entertainment and sports programs,” said Atty. Ray C. Espinosa, TV5 president and CEO. He added: “The new program line-up does not only set the bar higher for innovativeness and production values but it also reinforces TV5’s vision to become a formidable force in Philippine television as it continues to challenge repetitive programming standards.”

On July 29 (Sunday) at 9:30 PM, viewers can watch the suspense series Third Eye. This show gives a different take on local supernatural lore set against the urban backdrop of Metro Manila. Kapatid stars Eula Caballero, Lorna Tolentino, Daniel Matsunaga and Eddie Garcia will weave an intricate story of mystery and human drama in the realm of the supernatural.

Wil Time Big Time moves to a new timeslot at 7:00 PM. Willie Revillame promises even more enjoyment for the entire family with new contests and bigger prizes for the studio audience and home viewers.

Artista Academy will also make its debut on July 30, Mondays to Fridays, at 9:00 PM, offering audiences a peek at what it takes to be the next big Kapatid star. With P20 million in total prizes, the reality talent search is the biggest of its kind in local television history. Artista Academy will also be broadcast live on Saturday nights for its Live Exams, during which time contestants will get to prove their mettle as they get through the test of their lives in their journey towards stardom. Artista Academy will be hosted by actor-entrepreneur Marvin Agustin from Mondays to Fridays, while award-winning actor and musician Cesar Montano will take the helm for its Saturday episodes.

On top of the exciting entertainment line-up that TV5 has in store for viewers in primetime, the Kapatid Network will also apply new technology in the way news is delivered and presented using state-of-the-art equipment and its dedicated pool of professionals at News5.

Sports aficionados can look forward to the London 2012 Olympics, which TV5 will exclusively cover on free Philippine television starting July 28. The program host for this global sports spectacle is Kapatid hunk and sportsman, Derek Ramsay.

Live Olympic action and sporting highlights will be available on TV5, AKTV, AksyonTV and via Cignal Digital TV’s premium channels.