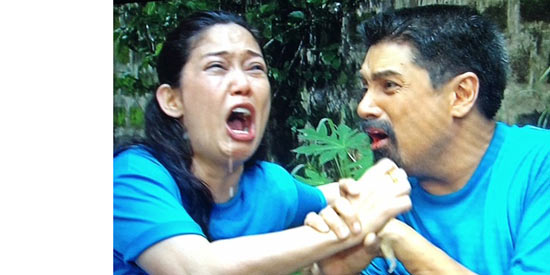 "Maricel returns after a long break from television with a dramatic role on TV5’s Untold Stories.

"This is the first time that Maricel will appear in Untold Stories, which brings to life touching real-life accounts from another TV5 show, Face to Face.

"In the August 4 episode, Maricel portrays a paraplegic mother who beats the odds for the sake of her children.

"Fans can watch The Diamond Star in a story highlighting the human spirit’s triumph over adversity.

"She reunites with former onscreen partner William Martinez in what promises to be one of her most memorable performances on Philippine TV.

"After a series of meticulous screenings, the 16 hopefuls left will out-perform one another in their quest to be the next big Kapatid stars.

"The Top 16 students will be granted full scholarships to the Asian Academy of Television Arts (AATA), to train under the best industry professionals.

Artista Academy’s Best Actor and Best Actress will not only win PhP20 million in total prizes, they will also star in an upcoming TV5 teleserye.

"So get ready for heart-warming drama and heart-pounding eliminations this Saturday night with Untold Stories at 8:30 p.m., followed by Artista Academy, both on TV5."