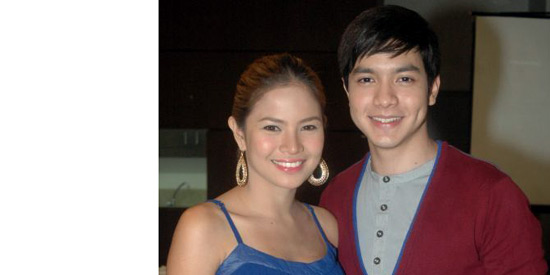 "GMA Network announces the five-week extension of the drama series due to its phenomenal ratings success over its rival program since it premiered last June 11.

"Based on household data in National Urban Philippines covering the period July 30 to August 8, 2012 (based on overnight data), the program registered 36.1 household audience share points versus ABS-CBN’s Kahit Puso’y Masugatan’s 27.4 household audience share points. For the same period in Total Urban Luzon, which makes up 77 percent of total television households nationwide, it led on its timeslot with 40 points compared to competition’s 24.2 points.

"In viewer-rich Mega Manila, which comprises 59.5 percent of national urban TV households, it edged out competition with 40.2 share points against competition’s 23.4 points. The series was likewise included in the list of top 30 programs in Urban Luzon and Mega Manila according to July data of Nielsen TV Audience Measurement.

"Originally set to run for only 10 weeks, the program will now air up to September this year with more plot twists to be revealed in the succeeding episodes.

"Directed by Andoy Ranay, One True Love propelled Alden Richards and Louise delos Reyes to stardom. The two Kapuso stars are now household names and more and more Filipinos are mesmerized by their loveteam.

"Viewers are also hooked on the brilliant performances of Jean Garcia, Raymond Bagatsing, and Agot Isidro as they excellently portray their roles in the series together with the other cast members including Caridad Sanchez, Benjie Paras, Tiya Pusit, Wynwyn Marquez, Lucho Ayala, Rita Iringan, Frencheska Farr, and Bembol Roco.

"Meanwhile, the story promises to be more compelling especially when Elize’s (Louise) condition worsens and Carlos (Raymond) decides to bring her to the States to seek medical treatment. To add to his woes, Carlos discovers that Elize is not his real daughter based on the DNA test results. He confronts Ellen and accuses her of infidelity. How will Ellen deal with Carlos’ allegations and shocking revelation about Elize’s identity? What will happen to Leila (Agot) if her secret is finally revealed?

"Tisoy tells Elize his plans to enrol in secondary school. She is very happy with his achievements and gives him a gift before they part ways. Carlos, on the other hand, learns from Tilda (Caridad) that Tisoy is also dyslexic like him.

"Expect more revelations and twists as the drama continues in One True Love weeknights after Makapiling Kang Muli on GMA Telebabad."