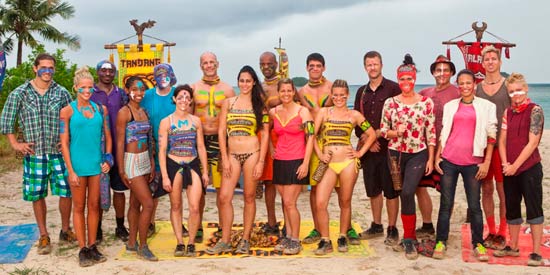 "GMA News TV is all set to show viewers just how more fun—and challenging!—it is in the Philippines with the much-awaited premiere of Survivor’s 25th season, which was held in the picturesque Caramoan Islands in Camarines Sur.

"Dubbed Survivor: Philippines, this latest season of CBS’ Survivor starts on Thursday, 2 p.m. via satellite from the U.S., on GMA News TV Channel 11.

"With Caramoan Islands considered as one of the show’s most treacherous locations yet, plus an intriguing mix of castaways, which includes a couple of celebrities and a number of former castaways, the buzz generated by the newest season of Survivor is unusually high.

"Prepare to outwit, outplay, and outlast! Survivor: Philippines begins September 20 and airs every Thursday, 2:00 pm, via satellite with a replay every Friday, 10 p.m., on GMA News TV Channel 11."