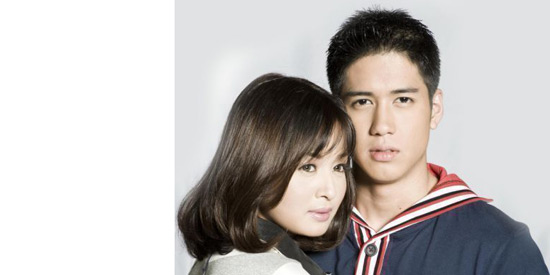 "Kapuso Network’s Kris Bernal and Aljur Abrenica charm Filipino viewers once more as they make their grand return on primetime TV via the Pinoy adaptation of the hit Koreanovela, Coffee Prince.

"Kris and Aljur’s loveteam headlines the remake of Coffee Prince, which became one of network’s highest-rating Koreanovelas in 2008 and spawned a huge following and fascination among Filipinos.

"Both actors are ecstatic on their reunion project on the small screen after having the chance to appear in various programs which catapulted their loveteam into the forefront including Dyesebel, Luna Mystika, All My Life, Sine Novela presents Dapat Ka Bang Mahalin? and The Last Prince.

"Making Coffee Prince even grander are two of the network’s fresh-faced and fast-rising stars who will add spice to Kris and Aljur’s love story. Introducing in this soap are Max Collins and Benjamin Alves in their very first primetime project.

"Coffee Prince is under the helm of acclaimed actor and TV director Ricky Davao."