GMA-7 steadily increases margin over closest competitor in the last two years, based on Nielsen data 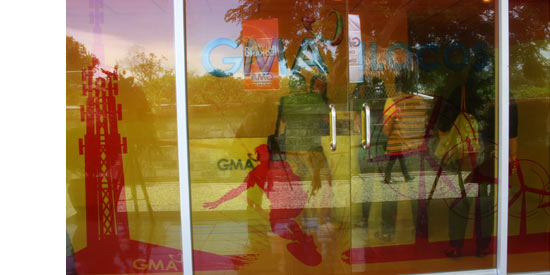 GMA Network opened its originating station in Ilocos via Channel 5 in Ilocos Norte in June 2012.

"Data for the period of January to September 23 (September 16 to 23 based on overnight data) show that GMA posted an average of 35 percent in total day household audience shares in National Urban Television Audience Measurement (NUTAM), 3.8 points ahead of its closest rival ABS-CBN’s 31.2 percent.

"Further, GMA kept its stronghold of its total day lead in the viewer-rich areas of Urban Luzon and Mega Manila, which account for 77 and 59.5 percent, respectively, of total urban television households in the country.

"It is also worthy to note that, over the last two years, GMA was the only local television station that registered improvements in total day household audience shares in NUTAM, and the important areas of Urban Luzon and Mega Manila.

"As GMA maintains its nationwide ratings leadership, the Kapuso Network beefs up its expansion efforts in order to further capture viewers from all over the Philippines.

"GMA subscribes to Nielsen TV Audience Measurement along with 20 other paying subscribers including another major network, TV5; Faulkner Media; CBN Asia; 13 advertising agencies and 4 regional clients. It uses a nationwide sample size of 2,000 households compared to the lower sample size of 1,370 utilized by Kantar Media."