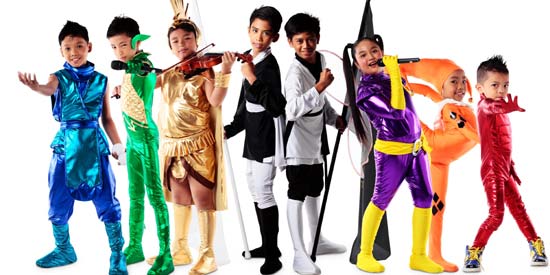 Who among the following kids will be named the Ultimate Kid Talentado? (From left) DJ Explorer, Joshua de Villa, Gabe Domagas, Sandugo Guardline, Rein Pineda, Baby Gymnast and Josh de Guzman. Not in the photo are Wildcard round winners Mary Heart Castor, FLEX, and Reborn of ES Dance Masters.


"The first season of TV5’s Talentadong Pinoy Kids will close this coming weekend as 10 of the cutest and most talented kids in the country face each other in a grand showdown. Baby Gymnast, Rein, Gabe, Josh, Sandugo Guardline, Joshua de Villa, DJ Explorer, Mary Heart, Reborn of E.S Dance Masters and Flex are vying for one million pesos worth of prizes and the title of being the first Ultimate Kid Talentado.

"Willianne Faith Barcenas aka BABY GYMNAST wants to win Talentadong Pinoy Kids to prove her naysayers wrong. Only eight years old, this young talented gymnast has already suffered bullying and harsh criticism from other kids her age. Instead of giving up, Willianne Faith uses this to fuel her to the top of the competition.

"Rein Pineda aka REIN is unlike any other 10-year-old. Instead of singing pop songs, this talented girl from Valenzuela prefers singing classic songs and kundiman. Her high notes and soothing voice are sure to awe audiences everywhere.

"Ten-year-old performer Gabriel Mari Domagas aka GABE possesses a talent that is truly world class. The young prodigy started playing the violin at age three and managed to impress both the audience and the show’s celebrity Talents Scouts.

"At five years old, John Steven de Guzman aka JOSH is the youngest and the smallest contestant in the bunch. But these are his most deceiving qualities. This cute little boy from Nueva Ecija packs a lot of energy and charm evident in his dance numbers.

"Alexis John Antonio and Patrick Pante aka SANDUGO GUARDLINE are the flag turners from Tondo, Manila. The duo whose dramatic performances captivated the attention of the nation has prepared yet another intense number for the grand finals.

"Joshua de Villa aka JOSHUA is touted as the “small kid with the big voice.” The power belter from Sto Tomas, Batangas has charmed everyone not just with his talent but also his bubbly and lovable personality.

"Following the footsteps of his grandfather and personal idol, John Henry Valenzuela aka DJ Explorer performs death-defying acrobatic stunts like a pro. Trained by his grandfather, DJ Explorer is confident that his unique talent will help him win the coveted title.

"Mary Heart Castor aka MARY HEART was one of the winners Talentadong Pinoy Kids’ Wildcard episode. The 10-year-old singer from Iloilo vows to win the competition so she can help her family.

"Reborn of ES Dance Masters almost never made it to the Finals. But instead of giving up, the group from Atimonan, Quezon worked hard on their routines and won the Wildcard episode.

"Last and certainly not least, Raven Robles and Marc Andrei Nicolas aka FLEX complete the young stellar line-up in this season’s grand finals. The isolation duo from Cavite also won the Wildcard round, having amazed the Talent Scouts with their bone-bending dance skills.