Megan Young on getting supporting roles: “There are no small roles, just small actors.” 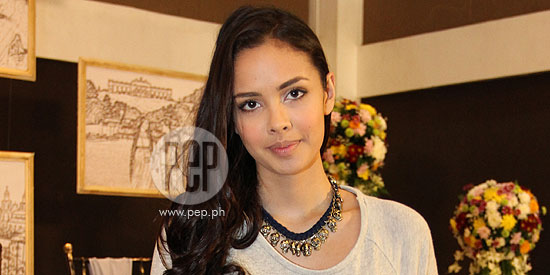 From being the lead star of Precious Hearts Romances Presents: Hiyas, Megan Young is back on television as one of the supporting actors of the ABS-CBN primetime series A Beautiful Affair.

The 22-year-old actress said she doesn’t mind getting a supporting role after being the lead star in an afternoon series.

“I don’t think that should be something for me to feel less about myself,” said Megan in an interview with PEP.ph (Philippine Entertainment Portal) and other members of the media during the press conference of A Beautiful Affair recently.

The Kapamilya actress pointed out that it’s not about how big or small the character is, but it depends on how it will be portrayed.

She narrated, “My acting coach always tells me that there are no small roles, just small actors.

“It always depends on your portrayal.

As an actor, Megan usually thinks of how she can portray her character in a different manner.

Another factor that made Megan accept this project was that she would be working with her favorite showbiz loveteam: Bea Alonzo and John Lloyd Cruz.

Megan first worked with the popular loveteam in the Philippine adaptation of the Colombian TV series, I Love Betty La Fea (2008).

“It’s always an honor to be considered to be a part of a new soap.”