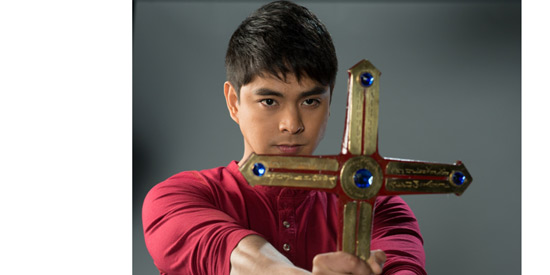 
"ABS-CBN Corporation widened its lead over rival TV stations in February with an average audience share growing to 42%, or 10 points higher than GMA Network’s 32%.

"Data from Kantar Media show that more Filipino households across urban and rural areas watched ABS-CBN’s top-quality programs as its total day share rose two points from 40% in January, while GMA suffered a one-point drop from 33% in the previous month.

"February’s figures also reveal that ABS-CBN’s primetime block (6PM-12MN) pulled away with an audience share of 47%, a three-point increase from 44% in January, while GMA dipped to 29% from 31%. GMA’s decline in primetime viewership was also seen in Metro Manila where it only garnered an audience share of 34%, losing to ABS-CBN's 37%.

"The primetime block is the most important part of the day when most Filipinos watch TV and advertisers put a larger chunk of their investment in to reach more consumers efficiently.

"ABS-CBN’s primetime dominance was even bolstered by the viewership of its top programs Ina Kapatid Anak, which enjoyed a national TV rating of 37.2% and superhero drama Juan Dela Cruz with 37.9%. Princess and I, meanwhile, finished on top of its game with a whopping 38.1% on its much-anticipated finale last February 1.

The fourth season of talent reality show Pilipinas Got Talent rose to 28.4%, while newcomer Apoy sa Dagat blazed on primetime with a strong 25.6%.

“TV Patrol also remained as the country’s number one newscast with a national TV rating of 28.5%.

"In Total Balance Luzon (areas in Luzon outside Mega Manila), ABS-CBN averaged a total day audience share of 42% vs GMA’s 36%. Half of the viewers in the Visayas also tuned in to ABS-CBN with 50% vs GMA’s 25%. In Mindanao, ABS-CBN’s audience share averaged 54% compared to GMA’s 22%.

"Kantar Media is a leading television (TV) audience measurement provider with capabilities in gathering TV viewing data in both digital and analog platforms. It Is a multinational market research group that specializes in audience measurement in more than 80 countries, has 26 TV networks, ad agencies, and pan-regional networks subscribing to its ratings services.

"Among these, the following subscribe to both urban and rural TV audience measurement: ABS-CBN, Brand Ideas, MPG Havas, and 720ConsumerConnect.