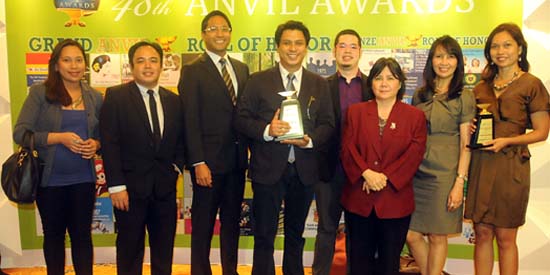 "For one, this is the second time that InterAksyon has received the Anvil Award of Excellence from the prestigious award-giving body.

"The #AskMsWorldPH campaign, which bagged the Anvil Award of Merit, also made waves as it was the first time the Kapatid Network crowdsourced questions for the pageant finalists. Last year marked a turning point in the pageant’s history as it was also the first time that Miss World Philippines leveraged social media to elicit audience interest and participation.

"RESCUE5 was also recognized during the Awarding Ceremonies, bagging an Anvil Award of Excellence for its efforts in community management during emergencies and disasters. Since its inception in February 2011, NEWS5’s emergency response unit has received numerous recognitions here and abroad for its efforts during life-threatening incidents and dangerous situations. With its weekly program (Saturdays at 10:00PM), RESCUE5 documents the real tension and drama of saving lives with actual footage and close-to-real-life re-enactments."

"The Anvil Awards symbolize excellence and quality in the field of public relations. Every year, entries are screened meticulously by a panel of distinguished communication experts from various industries."