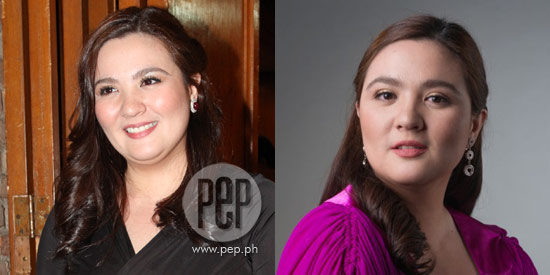 Wearing prosthetics is not new for actress Sunshine Dizon, which is why she did not hesitate to do it again for GMA-7’s upcoming primetime TV series Mundo Mo’y Akin.

As Perlita, Sunshine has to wear prosthetics to make her look ugly, which was also done to her when she did the teleserye Bakekang in 2006.

The 29-year-old actress said it helped that most of the products used now are easier to wear.

Although wearing prosthetics adds to the preparation time of the actress, Sunshine does not mind because, she reasoned out, “Parang it was really needed for the story.

DIFFERENCE FROM BAKEKANG. Aside from having a different plot, Sunshine said that the staff members of Mundo Mo’y Akin were also careful to make her look different from her previous character in Bakekang.

She pointed out, “We were very careful especially when we were doing the prosthetics fitting.

Sunshine said she would understand if people would still see her as Bakekang when they see her in Mundo Mo’y Akin.


This family drama follows a compelling storyline that explores the insatiable quest for beauty, and wealth. The characters find themselves ensnared in a game of deceit, and betrayal and will stop at nothing to gain power and prestige.


Mundo Mo’y Akin brings back the tandem of Alden Richards and Louise delos Reyes as they showcase not only their on and off-screen chemistry but also their wide-range in drama as Jerome Alvarez and Marilyn Mendoza, respectively.


In the series, childhood best friends Rodora (Angelika) and Perlita (Sunshine) have always suffered from incessant taunting and ridicule for their ugly features. While Perlita accepted these criticisms gracefully and is satisfied with her life, Rodora believed that there’s no future and hope for unattractive people like them.


Armed with her sheer determination, Rodora works under Donya Carmen, a rich but abusive old lady. When Donya Carmen dies of a heart attack, Rodora claims all her wealth and uses it to go under the knife for a new face. She completely put her past behind her and changes her name to Giselle.


Meanwhile, Perlita is willing to love any man who will accept her entirely despite her physical flaw. This leads her to trust a Fil-Am guy whom she believes loves her sincerely. But after one night, this guy dumps, and takes all her money. Left with no choice but to accept her fate, Perlita works as a maid in the mansion of the Carbonels.


By some twist of fate, the paths of former friends Perlita and Rodora cross again in the mansion. However, Giselle is now the wife of Ziggy (Gabby), the son of Victorina (Jaclyn), the matriarch of Carbonel’s Barong. Unknown to Perlita, the beautiful wife of her boss is her childhood best friend Rodora.


Soon after, Giselle and Perlita get pregnant at the same time. Giselle is anxious and concerned that her child will inherit her ugly features. And this situation will bring shame on Ziggy’s family and will eventually reveal her real identity.


Giselle’s worst fears become reality when she gives birth to an ugly baby. Her world is shattered and she knows that her relationship with Ziggy is over. Perlita, on the other hand, is surprised with her cute and beautiful baby. But after giving birth, she passed out.


Giselle learns from Aida (Jolina), Ziggy’s cousin, about Perlita’s baby. Giselle conspires with Aida to switch her ugly baby with Perlita’s child and in return, she will support her in the family’s business. Aida agrees and Giselle successfully covers up her identity and switches the two babies.


As years pass by, Perlita dutifully takes care of her daughter Marilyn (Louise) while Giselle raises Darlene (Lauren) as her own child. Marilyn and Darlene become close despite their social status. But things will turn differently when Gerald (Alden), Aida’s son, who has always defended Marilyn, will fall in love with Darlene. A love triangle ensues and Darlene and Marilyn are now rivals.


What lengths will Giselle take to hide the truth about her identity with the Carbonels? Will Perlita ever discover who Giselle really is? Until when will Aida connive with Giselle about the real identities of Marilyn and Darlene? Which is stronger? A mother’s love for her child or a mother’s ruthless thirst for superficial beauty? Who will matter most to Jerome between Marilyn and Darlene?