Luis Manzano deals with kids on Junior Minute to Win It 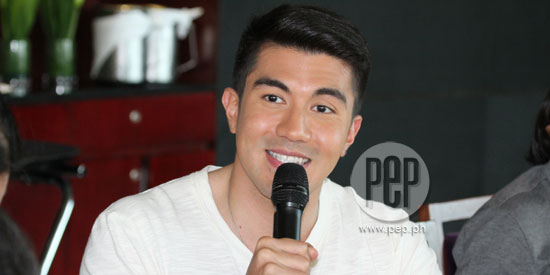 Minute To Win It host Luis Manzano thinks it is timely for the show to create a special edition dedicated for kids.

“Summer is all about the kids. We have to dedicate… we had to, e, impossibleng hindi namin gawing ito,” the Kapamilya TV host said about the Junior Minute to Win It, which will start airing on Monday, April 29.

Since most of the children are on break from school during summer, Luis said he received a lot of inquiries on how to join in his game show.

“It’s about time na rin, we’re just waiting for the perfect moment, which is summer,” he related to media during the show’s press conference on Thursday, April 25.

DIFFERENT CHALLENGES. Junior Minute to Win It will cater to kids 9 to 15 years old and will feature new challenges.

In the preliminary battle, two kids or two pairs of kids will try to outdo each other in five challenges in the 60-second circle to accumulate points.

Whoever completes the challenge firsts gets to win toys, gadgets, and trips to different kiddie destinations abroad.

On the other hand, the kid or pair who gets the most number of points in the end will be rewarded with P75,000 and will have a chance to play the ultimate challenge with the top prize of P500,000.

Compared to the regular Minute to Win It, Luis described the special edition, “Everything is na tamed down nang kaunti para sa mga bata.”

As a host, Luis also had to adjust for the kids.

“You have to be a bit more careful with words and at the same time, ibang klase ng pagkapilyo ang attack sa kanila.”

LUIS INVITED RYZZA MAE TO PLAY. Meanwhile, since this is the first time that Minute to Win It will have an edition that features kids exclusively, Luis was asked if this move was to compete with its supposedly rival show, The Ryzza Mae Show, which is hosted by Little Miss Philippines 2012 grand winner Ryzza Mae Dizon.

Luis immediately dismissed the fact that Minute to Win It has the same timeslot with The Ryzza Mae Show.

So, to prove that he is not competing with anyone, especially the child host Ryzza, he said, “Uy, Ryzza, sali ka naman.

Will he also be willing to appear as guest on The Ryzza Mae Show?