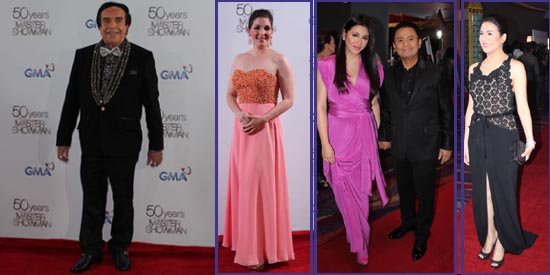 All these and more in the airing of 50 Years with the Master Showman this Saturday (April 27) right after Magpakailanman in GMA-7.