GMA dominates ratings across all dayparts in Urban Luzon and Mega Manila, based on Nielsen data 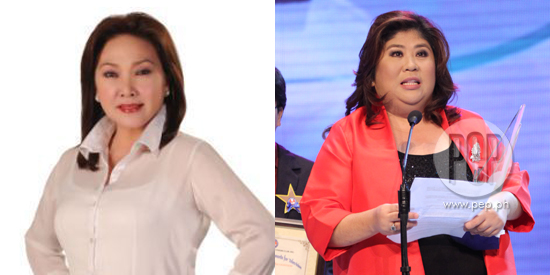 
"GMA Network, Inc. (GMA) dominated the ratings in the key areas of Urban Luzon and Mega Manila last May (May 26 to 31 based on overnight data) as shown by data furnished by the industry’s more widely recognized ratings service provider, Nielsen TV Audience Measurement.

"For the covered period, GMA came ahead of rival networks in these two areas particularly important to the trade across all dayparts including the crucial primetime block.

"In Urban Luzon, which accounts for 76 percent of the total urban television population in the country, GMA posted an average total day audience share of 34.6 percent, higher than ABS-CBN’s 31.5 percent by 3.1 points and TV5’s 13.1 percent by 21.5 points.

"16 programs from GMA made it to the overall top 30 programs list in Urban Luzon with the highly successful weekly drama anthology Magpakailanman hosted by esteemed TV personality Mel Tiangco taking the number one slot.

"GMA also maintained its ratings edge in its bailiwick Mega Manila, which represents 59 percent of the total urban television households nationwide, where it posted a 36 percent total day audience share average, ahead of ABS-CBN’s 29.5 percent by 6.5 points and of TV5’s 14.1 percent by 21.9 points.

"It is also worthy to note that GMA News and Public Affairs’ coverage of the midterm elections dubbed Eleksyon 2013 outrated its counterparts in competing networks in NUTAM, Urban Luzon and Mega Manila.

"On May 13, Election Day, GMA’s Eleksyon 2013 special coverage between 6 am and midnight scored an average household rating of 11.6 percent in NUTAM. ABS-CBN’s election coverage (Bayan Mo I-Patrol Mo Halalan 2013, TV Patrol 25 and Bandila) trailed behind with only 10.6 percent, while TV5’s coverage (Pagbabago 2013 and Aksyon) posted 2.8 percent.