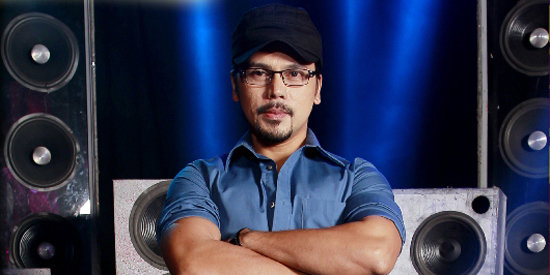 Jonathan Garcia (in photo) impersonated Christopher de Leon, allowing him to be named as the Ultimate Kalokalike in It's Showtime.


"ABS-CBN ruled nationwide TV ratings with more Filipinos tuning in to its programs in May 2013, hitting an average total day audience share of 42%, or 11 points higher than GMA’s 31%, according to data from Kantar Media.

"ABS-CBN’s noontime show It’s Showtime continues to be the country’s number one noontime program with an average national TV rating of 15.2%, an uptick from the previous month’s 13.7%. Eat Bulaga, meanwhile, remained steady with 12.9% from 12.4%.

“It’s Showtime’s improved performance even buoyed ABS-CBN’s noontime to early afternoon block (12NN-3PM) for the said month, growing to 43%, two points higher from the previous month’s 41%, versus GMA’s 33% in May.

"Even more Filipinos tuned in to ABS-CBN primetime block, when most Filipinos watch TV and advertisers put a larger chunk of their investment in to reach more consumers efficiently, which gained an audience share of 46%, 16 points ahead of GMA’s 30%.


“Be Careful With My Heart remained as the most watched daytime program in May with 25%, while “Pilipinas Got Talent,” which recently concluded its fourth season, finished off the said month with 23.1%.

"News magazine program “Rated K” climbed seven spots to number 8 in May with a national TV rating of 22.3%.

"Meanwhile, in Balance Luzon (areas in Luzon outside Mega Manila), ABS-CBN enjoyed a bigger lead in total day audience share with 44% vs GMA’s 33%. In the Visayas, ABS-CBN prevailed with 50% vs GMA’s 27%, while in Mindanao, ABS-CBN’s audience share averaged 54% vs GMA’s 22%.

"Kantar Media is a leading television (TV) audience measurement provider with capabilities in gathering TV viewing data in both digital and analog platforms. It is a multinational market research group that specializes in audience measurement in more than 80 countries, has 26 TV networks, ad agencies, and pan-regional networks subscribing to its ratings services.


"Among these, the following subscribe to both urban and rural TV audience measurement: ABS-CBN, Brand Ideas, MPG Havas, and 720ConsumerConnect.

"ABS-CBN earlier reported a net income increase of 66% to P508 million in the first quarter of 2013 from P306 million in the same period last year, due to strong regular advertising revenues and election-related ads.

"ABS-CBN recently announced its venture into the telecommunications business with a media-sharing partnership between ABS-CBN Convergence and Globe Telecom that will enable ABS-CBN to deliver content and offer traditional telecoms services on mobile devices."