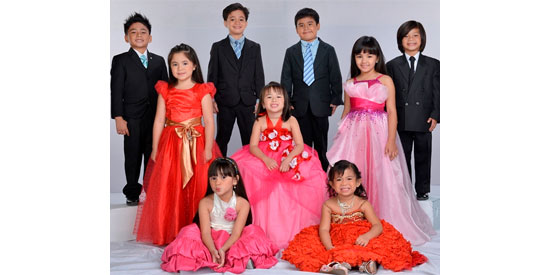 Goin’ Bulilit welcomes nine newcomers (dubbed as the “Lucky 9”) at the start of school year.

After saying good bye to its “graduates,” Goin' Bulilit held auditions to discover child stars who will complete the new lineup.

From thousands of kids who tried their luck in the auditions last February, only nine children were chosen.

At the press conference held for the newcomers last Wednesday, June 5, director Frasco Mortiz was asked how hard it is to direct kids in a show.

The son of actor-director Edgar “Bobot” Mortiz said it was initially hard.

However, he noted that the new kids joining Goin’ Bulilit are different because they can easily pick up instructions.

This episode will have a back-to-school theme filled with campus-oriented gags and sketches.