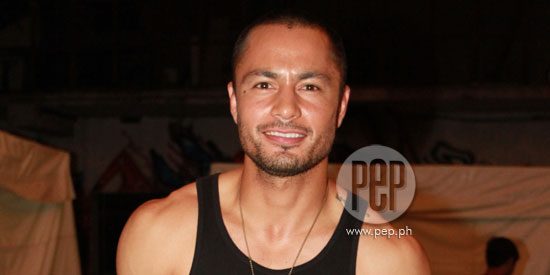 Derek Ramsay is set to star in another action-packed primetime series of TV5 titled Undercover.

After starring in the Kapatid Network's fantaserye Kidlat, the hunk actor will play another hero but this time without any costume.

“Sa Kidlat, we had our fight scenes ‘tapos naka-costume kami, it’s more like porma-porma. Ito talaga suntukan, barilan, nakakapagod,” he told PEP.ph (Philippine Entertainment Portal) and other invited media during a visit to the set of Undercover last Wednesday, June 26.

To help him prepare for his new character, Derek said he watched several Hollywood action films.

“Then, mixed in a little bit of Snatch with Brad Pitt.”

THE PLOT. Undercover is about a former criminal investigator named Roy Velasco (Derek Ramsay). He is known for bringing the nation’s high profile law offenders, including smuggling lord Don Faustino a.k.a. Amang (played by Phillip Salavador).

Being a highly decorated police officer, Roy lives a perfect life with his well-off family and loving fiancée Julia (played by Arci Muñoz).

Things took a turn for the worse when he was kidnapped on his wedding day and was held captive on a cell specially designed for him.

After six years of physical and psychological torture, Roy is released without knowing the identity of his captors. He returns home only to find out that Julia is already married to his adaptive brother Alex (played by Wendell Ramos).

Forced to move on, Roy becomes motivated by his determination to find the person responsible for all his suffering. With the help of his fellow investigator Cotton (played by Gerard Acao), IT expert Claire (played by Jasmine Curtis-Smith) and con-artist Jimboy (played by Joross Gamboa), Roy sets up a team of undercover vigilantes to know the identity of his captors while putting his enemies of the law behind bars.


How will Roy figure out who is the mastermind behind his six years of captivity? Will Roy be able to get justice? What will Julia do when she learns that Roy is still alive? Will they choose to let go of their love story or will they have a forbidden romance?