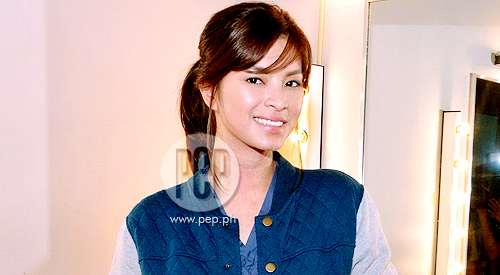 Angel Locsin, who plays tough cookie Isabel Padausdos in Toda Max, is quick to admit that the exit of two cast members and the entrance of a new one have somehow changed the dynamics of the show.

Considering that the show is a comedy, repartees between co-actors are crucial.


Meanwhile, Pokwang (who portrayed “Lady G”) had to give up Toda Max for a soap opera.

The addition of Ai-Ai to the set has been “fun” so far, told Angel in an interview with the press.

Angel relayed that it is Ai-Ai’s humility that amazes her.

On the one hand, the addition of the award-winning comedienne to the show made Angel anxious. The In The Name of Love star shared that the moment prior to her first taping with Ai-Ai got her jittery.

Angel revealed that she confided to Toda Max director Malu Sevilla, who in turn assured her that it was going to be okay.

As it turned out, the scene went well. In a separate interview with Ai-Ai, the comedienne said that in fact, she was the one who committed a mistake.

NO HARD FEELINGS. Angel clarified that Robin and Pokwang’s decision to leave Toda Max was no reason for her or Vhong Navarro to hold a grudge against their former co-actors.

The actress made it clear that Robin and Pokwang’s decision was respected and understood by the cast and the production.

She added that it wasn’t Pokwang sole decision but the management’s call.