Who among Janice, Klarisse, Myk and Mitoy will win The Voice PH? 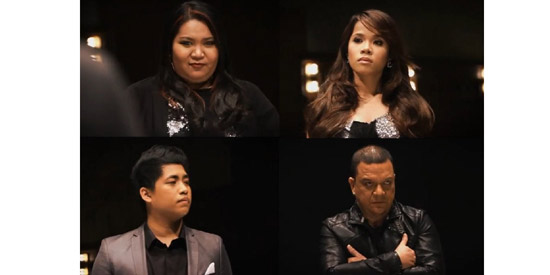 "ABS-CBN’s top-rating and Twitter-trending singing-reality show The Voice of the Philippines comes to an exciting finish as its final four artists clash to win over the public in their final and much-anticipated showdown this Saturday (September 28) and Sunday (September 29) at the Newport Performing Arts Theater in Pasay City.

"The stage is set for the vocal battle among Janice Javier of Team Apl, Klarisse de Guzman of Team Sarah, Myk Perez of Team Bamboo, and Mitoy of Team Lea. From whose team will come the first ever “Voice of the Philippines”? 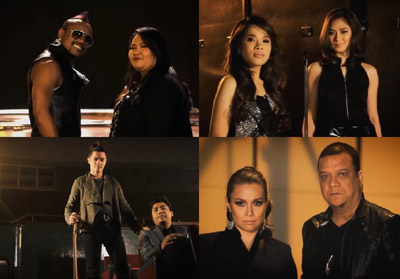 "Viewers are encouraged to vote for their favorite artists as the finale’s outcome will be determined solely by the public’s text votes, online votes, mobile downloads, and iTunes downloads. For the complete details on the voting mechanics, just visit thevoice.abs-cbn.com.

"For the two-part finale, viewers can send only one vote for an artist per day using one SIM card. Voting will be closed before the Saturday show ends, and will open again during the show on Sunday. The top 2 artists who will get the highest percentages of text and online votes plus the iTunes and truetone downloads will be will be facing off in the final showdown.

"Before the poll for the top 2 artists opens, their individual scores will be reset back to zero. In the end, the artist who gets the higher percentage of public votes will be named the winner of The Voice of the Philippines.

"The first ever 'Voice of the Philippines' will win P2 million, a new car, an Asian tour package for two, and a four-year recording contract with MCA Universal.

"Also, don’t miss the second part of the finale this Sunday (September 29) with a performance from Shane Filan, a member of former boyband Westlife.

"Whose voice will captivate the public? Who among Janice, Klarisse, Myk, and Mitoy will be declared the champion?

"The grand finals of The Voice of the Philippines is part of ABS-CBN’s jam-packed treat for its viewers this weekend, along with the 'Kalokalike Face 2 Grand Finals' of It’s Showtime. Watch the battle of the Top 15 Kalokalikes who will be selected from the 34 grand finalists and see who will be declared as the second Ultimate Kalokalike.

"Also, don’t miss the grand finale of Kapamilya Deal or No Deal, one of the most successful game show adaptations on Philippine television. Veteran broadcast journalist Korina Sanchez will dare to bargain with the Banker and experience the tension of opening briefcases in hopes of winning the P2 million jackpot for her chosen beneficiary.