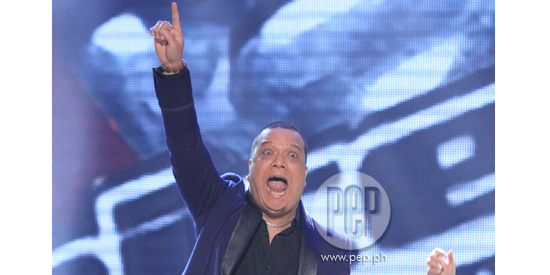 Mitoy Yonting was able to get 57.65 percent of the votes, allowing him to become the first "Voice of the Philippines."

Mitoy Yonting is the first ever “Voice of the Philippines.”

During the September 29 grand finals of The Voice PH, Mitoy quipped in one of his prerecorded videos: "Hindi po ito The Face, The Voice po ito."

His coach, Lea Salonga, thanked Mitoy for choosing her to be his mentor. “Maraming salamat sa pagpili, for letting me into your heart. Sana you had a good time. Sana in the rest of your journey, you will allow me to look over your shoulder, parang guardian angel.

“Thank you for allowing me to coach someone as gifted, as talented and as amazing as you.”

Mitoy and Klarisse de Guzman emerged as the top two contenders with the highest percentage of text and online votes plus the iTunes and truetone downloads.

Their votes were reset to zero and they were tasked to perform again. Fans were only given a limited time to vote again between Mitoy and Klarisse.

When he was announced as the winner of The Voice of the Philippines, Mitoy threw his right hand in the air, blew kisses to the crowd and he knelt down onstage. 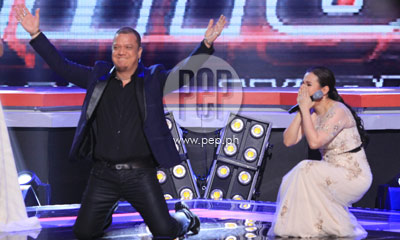 He became emotional as he accepted his plaque as the winner of The Voice PH.

When he was asked for his personal choice among the Top 4 contenders, Shane revealed that he liked Klarisse because of her "beautiful tone."

The four coaches—Apl de Ap, Lea Salonga, Bamboo, and Sarah Geronimo—also had their time to shine when they performed Michael Jackson’s “Man in the Mirror.”

Among those who attended the September 29 grand finals were couples John Lloyd Cruz and Angelica Panganiban as well as Iza Calzado and Ben Wintle. Other celebrities present at the event were Ruffa Gutierrez and mom Annabelle Rama, Gary Valenciano and Angeline Quinto.

Journey vocalist Arnel Pineda and Jed Madela wowed the crowd when they performed the opening number with the Top 24 of The Voice of the Philippines.

When the September 29 episode ended, it was announced that the public should watch for the upcoming auditions for The Voice Season 2.

The four contenders showcased their vocal prowess in a jampacked Resorts World crowd last Saturday night wherein each performer belted out powerful solos with their own unique interpretation of the songs, much to the delight of the judges and the fans.

Janice Javier, known for her very powerful vocals, took on Whitney Houston’s "The Greatest Love of All." She awed the crowd with her own rendition, and most importantly it got Coach Apl’s seal of approval.

“I just want to say, that was the greatest performance of all time from you!” said the Black Eyed Peas member. “Ipinakita mo na it’s not about what you look like, it’s not about where you came from, it’s about what’s in your heart, your talent, and your voice.”

Mitoy Yonting’s big voice and heart brought the house down with his own rendition of Freddie Aguilar’s "Anak." According to Coach Lea, as a performer Mitoy is a "monster (halimaw)" but as a human being, he is a gentle person with a pure heart.

Charismatic musician Myk Perez serenaded the crowd with his guitar as he sang Ed Sheeran’s "Give Me Love." The talented performer was a force to reckon, being the number one in iTunes download amongst his peers for several weeks.

“You are unique. You are most different in most of them,” said Coach Bamboo. He pointed out that Myk is the complete package for The Voice of the Philippines: “Singer, musikero, songwriter,” he stressed.

The young and talented Klarisse de Guzman sang Miley Cyrus’ "The Climb," which perfectly summarized her journey in the competition.

The four grand finalists also treated their fans with a performance of their original songs and a finale song that they sang with the four coaches.