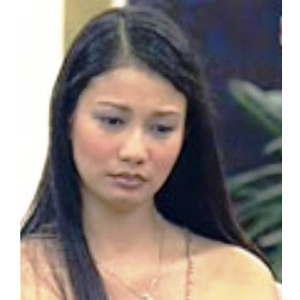 Zara Aldana (in photo) is saddened that she is nominated for eviction and consequently, evicted out of Big Brother's house. The former beauty queen was evicted last Saturday, November 3.


Zara Aldana got only 18.06 percent of the votes during the second eviction night, making The Poor Beauty Queen the second evictee of Pinoy Big Brother Celebrity Edition 2. Last week, the 2-in-1 housemates Marylaine Viernes and Jen Da Silva were eased out. Marylaine has since returned to being one of the 26K girls of Kris Aquino's game show Kapamilya Deal or No Deal.

Zephora "Zara" Aldana Mayon was named Ms. Mutya ng Pilipinas-Asia Pacific 2007 but she resigned after holding the title for only two months.

The other nominees who were saved from eviction last Saturday, November 3—Megan Young and the Geisler brothers, Baron and Donnie—now remain in Big Brother's house. The 2-in-1 housemates Baron and Donnie received 31.94 percent of the votes, while Megan got 50 percent of the total votes from the viewing public.

Since Toni Gonzaga had left Big Brother's house a day earlier (November 2), she facilitated the second eviction night of PBBCE 2. The celebrity houseguest resumed her hosting duties and instructed the saved housemates to leave their medallions on a red cushion. Toni revealed that Megan had received the most number of votes, exactly half of the viewers supported The Princess of Charm. This is the second time that Megan has been nominated for eviction.

Next to throw in their medallions were the Geisler brothers who garnered 31.94 percent of the votes. Toni fetched The Poor Beauty Queen, who wept while leaving Big Brother's house. Bianca then inducted Zara into the Walk of Fame by having her leave her palm prints on the fresh pavement.

NEW SET OF NOMINEES. During the third nomination night, four housemates were again given black medallions, signifying their being nominated for eviction this week. Baron and Donnie were again nominated for eviction while Victor Basa, Ethel Booba, and Gaby Dela Merced are first-time nominees. The Racing Goddess was given an automatic nomination by Head of Household Riza Santos, who pointed out that they did not bond as much as she hoped. "She's sobrang bait and a good leader," says Riza about Gaby, a fellow FHM cover girl.

After the nominations were announced, Big Brother asked Gaby to go into the confession room to discuss her upcoming international seminar. This event will take place on November 16 - 18 in Arizona, U.S.A. Big Brother then gave 24 hours for Gaby to choose whether to join this seminar or remain inside his house.