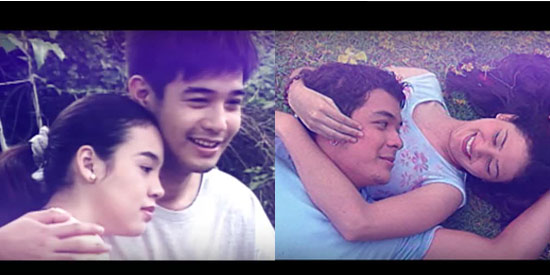 ABS-CBN station IDs usually feature Kapamilya stars having fun or smiling at the camera. This year, the station ID focuses on the television shows rather than the stars. The station ID capitalizes on the popularity of the #throwback concept in social networking sites. It induces sentimentality and makes you feel that ABS-CBN has been a constant part of your life.

The station ID features scenes and footage of ABS-CBN shows Filipinos have loved through the years. It brings back the teleseryes, variety shows, fantaseryes, sitcoms, talk shows, news programs, primetime dramas and reality shows that have made a mark in the industry.

The station ID also features popular tandems and teleseryes that have touched the hearts of fans. Tandems such as Kristine Hermosa and Jericho Rosales in Pangako Sa’yo, Kim Chiu and Gerald Anderson in Tayong Dalawa, and Daniel Padilla and Kathryn Bernardo in Princess and I, among others. It seems fitting to include these clips since fans invest so much in their favorite love teams and teleseryes. 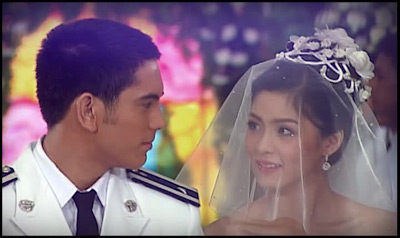 It also features beloved sitcoms that have made viewers laugh such as Palibhasa Lalake, Abangan ang Susunod na Kabanata, Home Along Da Riles, and Kaya ni Mister Kaya ni Misis. Whether you’re a part of generation X, Y, or Z, there’s probably a sitcom that immediately takes you back to your childhood. The sitcom clips stir up sentimental feelings. 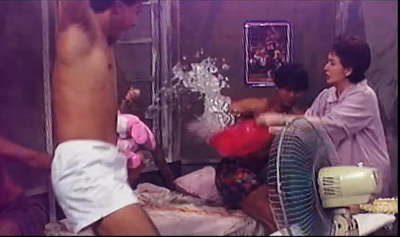 The “Kwento Natin Ito” theme song is quite beautiful and effective the way a perfectly chosen score brings out the emotion in a dramatic scene. Zsa Zsa Padilla and daughter Zia Quizon match the song’s beauty with their soaring vocals. They are accompanied by the lush sound of the ABS-CBN Philharmonic Orchestra. The theme song lyrics were written by Robert Labayen, composed and produced by Ferdinand Dimadura, arranged by John Carl Denina, and orchestrated and conducted by Gerard Salonga.

The concept behind the station ID is wonderful, but it could have been executed better. The scenes could have been longer. Some of the clips are so quick that you barely have time to figure out which TV show the footage is from. A chargen could have been useful, especially for younger audiences. Also, it might have been better if more classic shows were included. 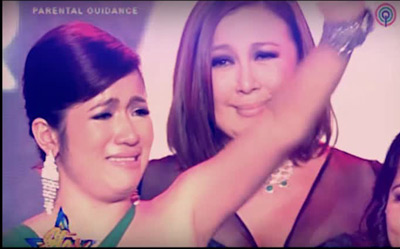 It is understandable why modern teleseryes such as Princess and I were included. The younger viewers are probably more familiar with the teen stars and their more recent shows. Still, the classic shows might have added to the sense of nostalgia and history.

The station ID could have been more dynamic if modern-day shots of Kapamilya stars were interspersed with footage from the archives. ABS-CBN’s 2013 summer station ID “Kwento ng Summer Natin” achieves the same feeling of nostalgia in a more interesting and surprising way. The summer station ID shows Kapamilyastars paying homage to the stars of yesteryears by imitating them. The classics were reinvented with a modern twist.

Overall, ABS-CBN’s 60th Anniversary Station ID takes you on a trip down memory lane, but the trip could have been more memorable.

This weekend, ABS-CBN will celebrate its 60th anniversary through a series of events for “Kwento ng Kasiyahan: The Grand Kapamilya Weekend” this Saturday (October 5) and Sunday (October 6).