Kris Aquino to be "ninang" in Melai Cantiveros-Jason Francisco wedding 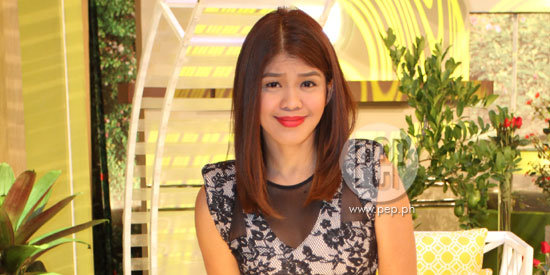 Queen of All Media Kris Aquino has clarified that she had nothing to do with the departure of Melai Cantiveros as co-host of her ABS-CBN morning talk show, Kris TV.

In the recent airing of the show, Kris told her viewers that it was a decision by Melai that she fully supported and respected.

“I keep telling everyone na it’s a difficult time in her pregnancy.

Melai is now pregnant with her first child with boyfriend Jason Francisco.

In fact, in the Kris TV episode that aired last Friday, October 11, Kris revealed that the comedienne had asked her to be one of the principal sponsors at her upcoming wedding with Jason.

“She asked me to block off the date, and Bim [Bimby, Kris's son] will be the ring bearer,” Kris shared with her guests, actress Angelica Panganiban and comedian Pooh.

Angelica and Pooh are Melai's co-stars in the gag show Banana Split. Apparently, the comedienne has signed off from the show as well.

Melai and Jason announced last month that they were expecting a baby, and that they plan to tie the knot soon.

DIFFICULT PREGNANCY. “Why did she have to stop? Yun ang tanong ng lahat,” asked Kris, turning to her guests.

Melai's Banana Split co-hosts were quick to defend her, citing the comedienne's difficult and sensitive pregnancy.

Kris and Angelica have formed a strong bond with Melai during the latter's stints in Kris TV and Banana Split.

Kris and Angelica were the two persons Melai called after telling her mother about her pregnancy.

“Naiyak ako,” said Angelica, as she recounted the phone conversation she had with Melai about the pregnancy.

When Angelica realized that Melai was serious, she said her emotions welled up.

MELAI'S FUTURE. Kris and Angelica are both supportive of Melai’s decision to leave the limelight for now, and at the same time worried about the showbiz future of their friend.

"Not only that the opportunities might not be there, but sabi ko, 'Yung one year na mawawala ka,' sabi ko, 'baka may ibang sumulpot.'

Melai is back to her hometown in General Santos City where she and Jason are planning their wedding.

The couple plans to get married before she gives birth next year.