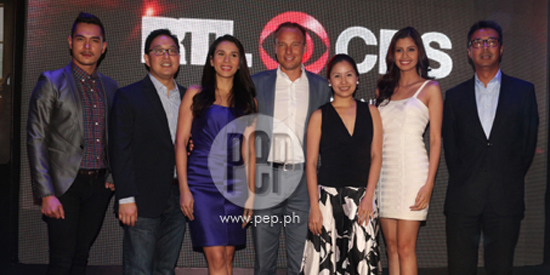 Top U.S. programs including The X Factor USA, America's Got Talent, Elementary, Under The Dome, and Beauty and The Beast are now available to Filipino viewers via RTL CBS Entertainment.

"It’s a really well-rounded channel and I think our aim is to bring entertainment and content that the whole family can watch together," said Jonas Engwall, Chief Executive Officer of RTL CBS Asia Entertainment Network.

The TV executive considers having top-rated U.S. shows that are family-oriented as their biggest asset when compared to other existing cable channels in the Philippine market.

Engwall explained, "It’s a family-oriented channel. Everybody can gather around TV and I think it’s very unique, the fact that we have two of the world’s biggest media powerhouses [to] join forces.

"And that really promises you the best content. You have everything in one single channel."

"Primarily, we look at... we listen to our customers needs and wants in terms of their viewing pleasure,” Chua shared during the press launch.

"And we take in account, these insights and inputs we get from out customer care system and through the social networking sites because our online presence—the Sky [Cable’s]—online presence is very visible.

"So, we get a lot of engagement there from our customers. So once we get it—their feedback and what channels they look for or shows they look for—we try to check if it’s available in the market and see if they have license in the Philippines like RTL CBS."

Sy said, "We will handling affiliate sales—that’s the distribution of cable operators in provincial areas. And also, we will be handling RTL CBS for ad sales, for advertisers."