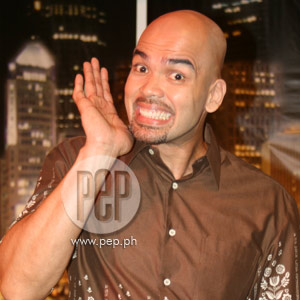 THE NBA. The popular basketball show and home to the Lakers, Pistons, Magic, and last year's champion, the San Antonio Spurs, is now on ABC-5. The NBA will once again be seen in the local channel; it's the first time in the history of television that the NBA and PBA are in the same station. Now, you can literally enjoy both sides of the world of basketball without switching channels. Also, catch the spanking new season of NBA Live every Saturday (11:15 a.m.) and Sunday (10:30 a.m.) and House of Hoops, a special basketball show every Monday and Thursday, 7 p.m. on ABC-5.

FOR FIGHT FANS. Aspiring Pacquiaos will get a kick out of the new offerings of ABC-5. Filipinos just can't get enough of boxing, and with good reason. It is in boxing that Filipinos are on equal footing with foreign athletes. In boxing we produced world-renowned champs Manny Pacquiao and Gabriel "Flash" Elorde. Now, here's the good news for all boxing aficionados—not just one but two fight shows on ABC-5: World-Class Boxing and Ultimate Fighting Championship (UFC) which air every Sunday (1 p.m.) and Saturday (9 p.m.), respectively.

We know it's all scripted—the kicks, the throws, the grunts, and the punches. But professional wrestling seems to have captured the fancy of thousands of sports fans around the world that people begin to ask: what is it about wrestling that thrills so many people? Well, to know the answer catch Smackdown on ABC-5 starting November 18. This television program for World Wrestling Entertainment (WWE) airs at 10 p.m., right after Shall We Dance: The Celebrity Dance Challenge.

MEET JUDGE BAO. One of the most watched Asianovelas in the country, Meteor Garden, came from Taiwan and it was quite a big hit in nearby nations. Now, ABC-5 presents another entertaining Taiwanese drama series for fans of the genre. Judge Bao, a Mandarin epic drama, is a riveting costume drama loosely based on the life of China's legendary Judge Bao Zheng and his group of heroic helpers, who together solve cases and catch criminals. Starring talented actor Cin Chao-Chun, this Asianovela is expected to entertain Pinoy viewers weeknights at 10 p.m.

WATCH AND WIN WIN WIN. Basketball player-turned-comedian Benjie Paras and comedienne K Brosas will amuse viewers of ABC-5's interactive gameshow: Win Win Win. Benjie will host the show everyday at 11 p.m. while K Brosas will fill in his shoes every Saturday. Viewers can triple their chances of winning by just watching the show and using their mobile phones to text when instructed to do so. Win Win Win is one way to bag easy money, and you get entertained by Benjie's and K's funny antics. The show is definitely a way to spend your late nights at home, especially if you are feeling lucky.

These new shows are just the start of a new and revitalized programming offered by a "pumped and loaded" ABC-5.