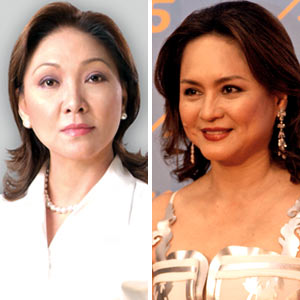 
Sponsored by the Philippine Movie Press Club (PMPC), the annual awards ceremony of the 21st PMPC Star Awards for Television 2007 will take place this Sunday, November 18, at the Henry Lee Irwin Theatre of the Ateneo de Manila University, Quezon City.

With this year's theme, "Men of Philippine Television," the PMPC pays tribute to the men and women in broadcasting and entertainment who have contributed to make what Philippine television is today. The hosts of the awards night—Lorna Tolentino, Pops Fernandez, Ara Mina, and Boy Abunda—will hand out the trophies.

A special tribute number, to be performed by Dulce, is also lined up to honor this year's recipient of the Ading Fernando Lifetime Achievement Award, ABS-CBN's Ms. Charo Santos-Concio.

Another honoree, Ms. Mel Tiangco of GMA-7, is this year's recipient of the Excellence in Broadcasting Award. She will be given a fitting finale of special songs to be performed by the singer-composer Ogie Alcasid.

The 21st Star Awards for Television '07 is produced by Star View Productions (with producer Ms. Josephine Saba), in cooperation with the officers and members of the Philippine Movie Press Club.

Delayed telecast of this Sunday's ceremony will be on Saturday, November 24 at 10 p.m. on RPN-9.