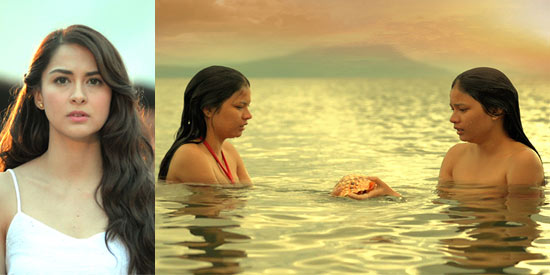 GMA Network is gearing up for the new programs to be launched in the first quarter of 2014.

In a press conference with select members of the media, GMA-7 executives explained why they chose specific Kapuso stars to topbill these programs that will kick off the New Year.

Here is the list of upcoming Kapuso shows for 1Q 2014:

The Kapuso Network also acquired the franchise of the game show Don‘t Lose The Money but they have not yet chosen a host for this game show.

In addition, a new Koreanovela will debut on GMA starting January 20. Titled Tale of Arang, this series stars Shin Min-ah and Lee Jun-ki. In the story of Arang (Shin Min-ah), the daughter of a magistrate who is brutally murdered. She returns from the dead as a ghost and she meets Eun Oh (Lee Jun-ki), a young magistrate who has an ability to communicate with the dead.

In order to help them decide on the lineup of shows, the executives rely on market research.

"Ang audience kasi hinahanap something relatable to them."


THE BORROWED WIFE. In the afternoon soap The Borrowed Wife, viewers will get to know the intertwined lives of Maricar (Camille Prats), Earl (TJ Trinidad), Rico (Rafael Rosell) and Tessa (Pauleen Luna). According to GMA, this show depicts "how one secret sets their destinies in a shared trajectory towards love and redemption." 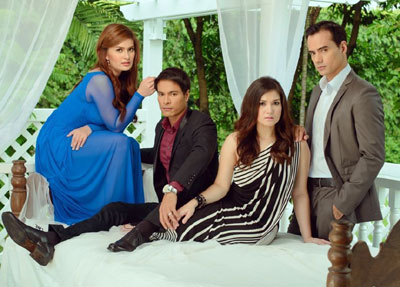 The upcoming primetime show aims to "validate every woman's aspiration to be understood through a beautiful story of love that can never be."

Marian's character Carmela is described as a very beautiful woman who had gone through a lot in life. With her beauty, she is judged not only by other people but also by people close to her. When Carmela falls in love with a man who despises her mother, she is forced to make heart-wrenching decisions.

"Palagi gusto rin natin na comfortable ang stars with their co-actors. Pero kung may disagreements, it is in their contracts that the decision of GMA will prevail." 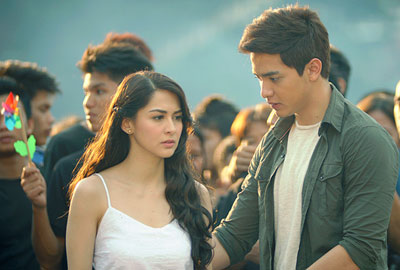 RHODORA X. The reunion project of StarStruck alumni will premiere on January 27.

Rhodora X is a drama that challenges viewers to examine how deeply they know their loved ones. The show prompts people to discover the nuances of their own personal relationships.

Bb. Joyce Bernal directs Paraiso Ko'y Ikaw, which aims to show that "no obstacles can keep us apart from the ones we love."

INNAMORATA. This February, Max Collins is paired with Luis Alandy in the afternoon series Innamorata.

Directed by Don Michael Perez from the original concept of RJ Nuevas, the program aims to show "what can be more dangerous than losing one’s self in wanting something or someone so much."


KAMBAL SIRENA. GMA returns to the telefantasya genre by presenting Kambal Sirena this March on Telebabad.

Louise will bring life to twins Alona and Perlas in the series which admonishes viewers with this very powerful message, "Inggit ang unang sumisira sa magkapatid."

Aljur Abrenica is cast as her leading man named Kevin.

Why did they choose Louise to topbill Kambal Sirena?

"Kailangan natin magpakita ng new faces. Si Louise has been tested naman in our programs, with the most recent one being Mundo Mo'y Akin, which did very well.

Rasonable then added, "The thrust of the network is to develop more artists.

"Ang Kambal Sirena kasi, aside from it showing skin, is an acting piece for an artist kasi kambal sila at magkaibang characters.

When asked regarding possible comparisons to ABS-CBN's upcoming version of Dyesebel, Rasonable pointed out:


LESBIAN-THEMED SERIES? Considering the success of My Husband's Lover, do they have plans of doing a Book 2 of this gay-themed drama series?

"To be honest, we were thinking of whether to do a Book 2 kasi ang lakas ng clamor for that," admitted Rasonable.

"But as of now, hindi namin makita na magawa. But in the meantime, they cannot be idle so we have proposals for each of them."

"Abangan nyo kasi we're coming up with something as riveting but not a Book 2 [of My Husband's Lover]."

What are their plans for the lead stars of My Husband's Lover?

Are they considering doing a lesbian-themed drama series as well?

"That's not supposed to be the intention when we do soaps. Basta kami, iniisip namin na gumawa ng istorya na naiiba naman."