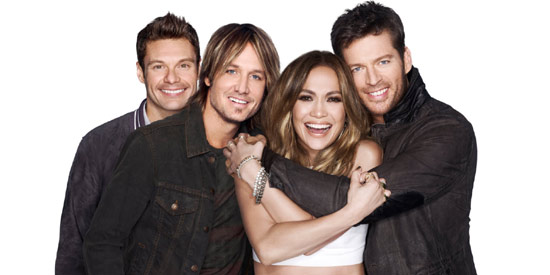 A new year means another batch of amazing hidden talent coming to the fore as American Idol Season 13 hits TV screens on January 16, 2014, only on Star World.


The most successful reality TV show returns for its 13th season for another round of bombastic performances from hundreds of aspiring singers aiming to be American Idol.

Season 13 will kick off on Star World on January 16 at 6 PM, live via satellite, with encores at 8 PM and 11 PM to ensure that all die-hard American Idol fans won’t miss the exciting premiere of the show.

Thousands of American Idol hopefuls turned out during the nationwide auditions held in different cities around the US: Salt Lake City, Utah; Detroit, Michigan; Atlanta, Georgia; Boston, Massachusetts; Austin, Texas; and Omaha, Nebraska. The show left no stone unturned in looking for the brightest singing talents in the US, ensuring a diverse mix of backgrounds and personalities for candidates who make it through the auditions to the semi-finals. Expect to see a showcase of mind-blowing talent and an array of colourful personalities throughout the much-anticipated episodes of the screening process.

American Idol Season 13 spells an exciting landmark for the show with a great mix of judges on the panel who will screen this season’s candidates. Country sensation Keith Urban, who was a first-time judge in Season 12, is returning for his second year on the show, while pop superstar Jennifer Lopez is coming back to the judging panel after leaving it at the end of Season 11–a first in American Idol history!

Meanwhile, newcomer judge and multi-awarded singer Harry Connick Jr. is joining the team to complete the panel, and Rickey Minor returns to the show as musical director. These four celebrities together comprise a powerhouse of talent and experience in the entertainment industry that will see the show’s contestants through as they sing their way to becoming the next American Idol.

Star World has been the home of American Idol since the very first season aired, and has consistently garnered a strong viewership throughout all 12 completed seasons of the show. Viewers and the most stir-crazy American Idol fans have enjoyed not just Star World’s live broadcasts of the show to keep updated with the latest developments, but also the channel’s locally produced American Idol specials featuring highlights of each season.

Long-time followers of the world’s most successful reality TV series in Asia know that Star World is where it’s at to get your best fix of American Idol. Catch American Idol Season 13 when it premieres on January 16, 2014 at 6 PM, live via satellite, and relive its great moments during its encores at 8 PM and 11 PM – only on Star World!