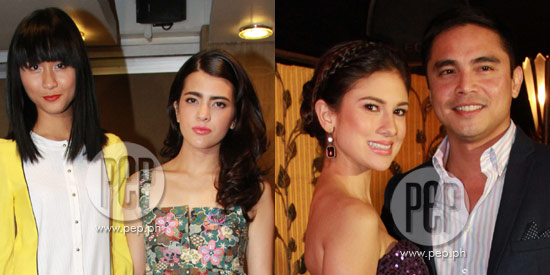 TV5 continues with its objective of giving Filipinos new offerings on television by maintaining its one-hour serial programs every week.

Starting with the recently concluded TV dramas, For Love or Money and Positive, the Kapatid Network is once again introducing new shows that air only once a week.


“We are breaking the habits of the usual gabi-gabing kakapanood ng mga series,” TV5 COO for Entertainment Wilma Galvante told members of the entertainment press during the press conference of Obsesssion on Friday night, January 17.

She described their current daily primetime block as a “mix of entertainment” for the convenience of viewers.

“As I have mentioned before, ang programming ng TV5 is like horizontal, where there is a daily programming from 7:00 to 7:30 and 7:30 to 8:00, ‘yong Let’s Ask Pilipinas and Madam Chairman.

Apart from Obsession, the Kapatid executive also mentioned the upcoming TV5 original made-for-TV movies, which will be aired every Tuesday night starting February.

“We know that when we give them [viewers] one-hour programs, one-hour dramas, there is more stories to tell. ‘Tapos sa susunod na gabi, iba naman ang susubaybayan mo.