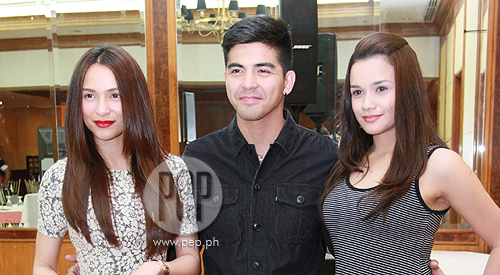 This is what comes to mind upon watching the pilot episode of GMA Network’s latest TV offering, Rhodora X.

In an advance screening held last January 21, it was shown why Jennylyn Mercado’s character, Rhodora, suffered from Disassociative Identity Disorder (DID) or more commonly known as split personality.

The plot begins with a young Rhodora being raised by her loving parents Derick (played by Gardo Versoza) and Lourdes (played by Glydel Mercado). She has an older sister Angela, who’s often told to look after her whenever they go out.

But during a family picnic, Angela unintentionally left Rhodora to fend for herself, while the former ran after a stray dog. Then Angela momentarily forgot about her sister as she met a young boy, who owns the said dog.

Since she wandered into an isolated part of the park, Rhodora wasn’t able to find her way back to her parents and eventually got lost.

In an unexpected turn of events, little Rhodora got abducted by an unscrupulous stranger, who plans to sell her for some fast cash.

What awaits Rhodora in the hands of that evil man? And how will her family deal with her loss?

The cast members portrayed their characters so well to the point that viewers may find themselves being carried away by the story.

The young Rhodora, in particular, was effective in playing an innocent kid, who firmly believed that her parents will be able to rescue her in no time.

She certainly made an impression with her spunk as she protested against her captor.

Even the young Angela delivered the right emotions in critical scenes, especially the moment when she learned that her younger sister is missing.

Veteran actors Gardo and Glydel also showed that their acting mettle is better than ever.

Gardo is good at switching his emotions—from furiously berating the police officers for not performing their job to being a gentle, doting father to Angela.

Glydel’s character, on the other hand, is annoying for blaming her eldest daughter Angela for Rhodora’s abduction.

If the whole cast maintains this kind of intensity showed in the pilot episode, then Rhodora X would have a fair chance at gaining a huge following.

PREDICTABLE PLOT. The progression of the story was very coherent and linear, which makes the plot predictable.

Nevertheless, Rhodora’s abduction gives a general feeling of fear for a child’s safety given the fact that such crimes really happen in real life.

One can hardly imagine the feeling of a child in that kind of situation and knowing that her family is helpless.

It’s interesting to see what will happen next and how the older characters of Rhodora and Angela will bring more depth to the story.

Unfortunately, the advance screening didn’t show the grown-up characters yet.