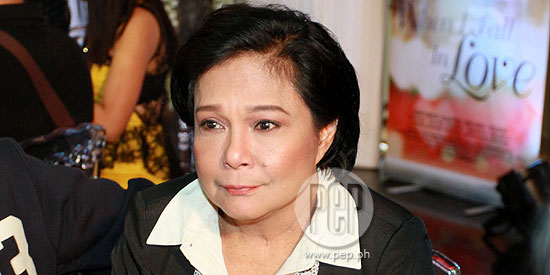 Superstar Nora Aunor and Tirso Cruz III, who comprise the Guy and Pip loveteam that peaked during the ‘70s, are paired anew in the romantic-family drama, When I Fall In Love.


Directed by Joel Lamangan, When I Fall In Love is part of Studio5 Original Movies, a collection of "made-for-TV" movies that are slated to air on TV5 this February.

At the January 29 premiere of When I Fall in Love and launch of the Studio5 Original Movies at the Ali Mall Cineplex, the 61-year-old actress admitted that some things between her and her co-actor have changed.

Nora, who made a comeback in showbiz in 2011, also said that she and Tirso have both matured as actors and that what matters is that their loveteam still brings joy to audiences, especially their loyal fans.

When I Fall In Love stars Nora and Pip as the Buenaventura couple, Fely and Armando, whose touching love story is told as the narration shifts to and fro past and present events of their lives.

A year before their 40th wedding anniversary, Armando, a doctor, is diagnosed with Stage 4 pancreatic cancer. Resigned to the fact that his chances of recovery are slim, he chooses to spend the little time he has left with Fely and his three children: Ricky (Marc Abaya), Nica (Nadine Samonte), and Louie (Felix Roco). Armando, who tries to remain optimistic despite his illness, wishes to renew his marriage vows with Fely. 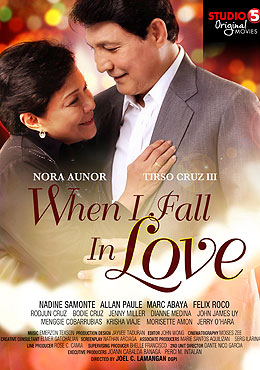 Although the film portrays Fely and Armando as an affluent couple who maintain an endearing affection for each other despite being married for many years, When I Fall In Love gradually reveals the scars of their relationship and the imperfections of their family.

When I Fall In Love tackles true love and the trials that it undergoes. It airs on February 11, Tuesday, at 8:00 PM, as TV5’s Valentine offering.

“MADE-FOR-TV” MOVIES. When I Fall In Love is one of the original “made-for-TV” movies that the Kapatid channel will be airing Tuesdays for the whole month of February. 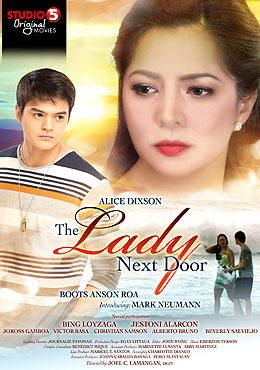 The opening salvo of Studio5 Original Movies, Lady Next Door, airs on February 4. The intriguing tale of a troubled teenage boy who falls in love with a much older woman dealing with issues of her own confronts the society’s prejudice against lovers with a considerable age gap. The project stars seasoned actress Alice Dixson and Artista Academy alumnus Mark Neumann in an onscreen May-December affair. 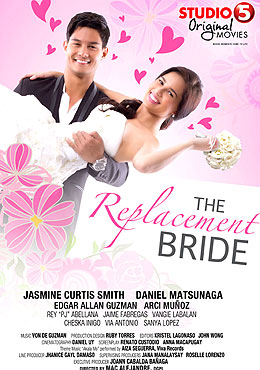 TV5’s primetime princess Jasmine Curtis Smith stars in The Replacement Bride, which is the romantic-comedy of the bunch. In the Mac Alejandre-directed chick flick, the Transit actress is paired with Brazilian-Japanese hunk Daniel Matsunaga. Kael (played by Daniel) is a successful architect who is about to marry his girlfriend of three years. However, Chynna (Jasmine’s character) ruins his wedding. Determined to make Chynna rectify her wrongdoing, Kael forces her to do everything to win back the heart of his girlfriend Sandy (Arci Muñoz). Will Chynna succeed in her mission or will she replace the bride in the groom’s heart? The rom-com, which airs on February 18, also stars Edgar Allan Guzman. 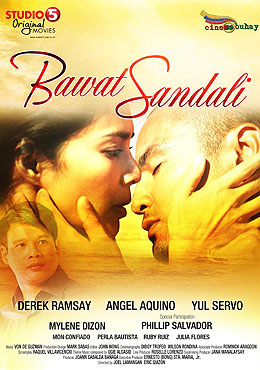 On February 25, the suspense-romance Bawat Sandali, which stars Kapatid hunk Derek Ramsay and actress Angel Aquino, airs as the grand finale of Studio5 Original Movies. In the film, Derek and Angel’s characters find themselves in a tragic love affair that develops into a crime mystery.