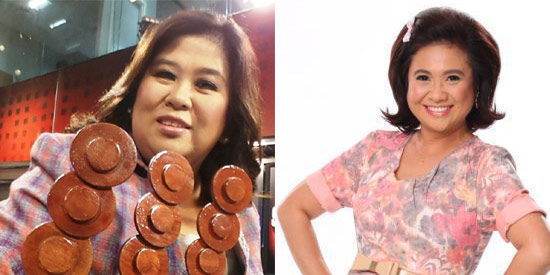 Accoding to data from Nielsen TV Audience Measurement, some of the most-watched programs in Mega Manila are Kapuso Mo, Jessica Soho and Celebrity Bluff, hosted by Eugene Domingo (right frame).

GMA Network, Inc. (GMA) established a strong start in the key areas of Urban Luzon and Mega Manila as it maintained dominance over rival networks in January, according to the industry’s leading ratings provider Nielsen TV Audience Measurement.

Furthermore, GMA consistently beat competition across all dayparts - morning, afternoon, and evening, which includes the hotly contested primetime slot in the said areas.

Majority of the top programs for Mega Manila belonged to GMA with Kapuso Mo, Jessica Soho and Celebrity Bluff getting the top two slots.

Not to be left behind are Bubble Gang, Rhodora X, Picture Picture, Kap’s Amazing Stories,and the primetime Koreanovela 100-Year Legacy.