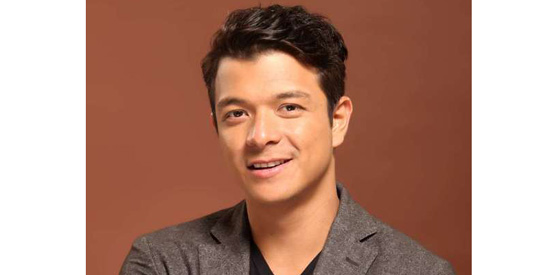 Jericho Rosales is enjoying his experience working with Malaysians for a local TV series.

In an interview with PEP.ph (Philippine Entertainment Portal) and other members of the media after the February 6 press conference of his movie ABNKKBSNPLAko, the Kapamilya actor described the differences he observed regarding TV production work in Malaysia.

“It’s just smaller crew, like one-thirds of the normal crew here in the Philippines.

“They’re fun to work with as well.”

When asked to compare work done here in Manila and in Malaysia, Jericho pointed out, “What I just noticed is sa atin, marami tayong chika time sa set, which eats up so much [time].

“With them, we do chika, enjoy sila, but their goal is always to go home early.

“In terms of working environment, I find them fun to work with.

The Malaysian crew, together with Jericho, taped some scenes here in Manila recently.

In a prior interview, Jericho said he will also be taping scenes in Australia for a Malaysian TV series.

CAREER IN MALAYSIA. The Legal Wife actor is happy that he’s given another chance by Malaysian TV network Astro to appear in a local TV series.

It was through this teleserye that Jericho and Kristine became popular in the country.

In 2008, Jericho co-starred with Malaysian actress Carmen Soo in Kahit Isang Saglit, which was co-produced by ABS-CBN and Malaysian production outfit Double Vision.

The series was aired in Malaysia, at the same time it was shown on Philippine primetime TV.

“I’m just so happy that God gave me this opportunity to work with Malaysians, to revive the career sa Malaysia,” Jericho stated.

With his return to Malaysian television, is Jericho thinking about pursuing a career there?

“I’m actually thinking about it because it has started,” admitted Jericho.

“We’re just so thankful that Astro, the TV station, is giving me so much support. I actually worked on a movie already for Malaysia.”

But Jericho was quick to clarify that there are no definite plans yet.