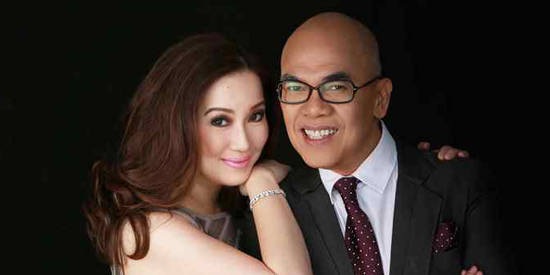 Fifteen minutes for a talk show?

More to the point, fifteen minutes for yappy Kris Aquino who’s often accused of talking more than her guests?

Because we've been reared on hour-long TV talk shows, we want to know how a fifteen-minute talk show will pull it off.

ABS-CBN’s 15-minute gab show, Aquino and Abunda Tonight marks the return of the Kris Aquino and Boy Abunda tandem, the hosts touted by their home network as the Queen and King of Talk.

We caught the first two episodes of the new show and here are some of our initial observations.

Aquino and Abunda Tonight is snappy, concise and straight to the point, a plus in a slew of meandering showbiz chismis shows.

We were awed by the pilot episode, with Department of Justice Secretary Leila de Lima as their first guest, in that Abunda and Aquino were able to fit in a variety of topics in 12 minutes (less the commercials).

They tackled the Senate controversies, the death penalty, the diplomatic problem between the Philippines and Hong Kong, to say nothing yet of De Lima’s love life and hair color.

It’s worth noting that the hosts, particularly Abunda who appeared to be the lead interviewer in this episode, properly structured their line of questioning so that the conversation came out fluid and cohesive.

We also appreciate how Abunda commanded De Lima to be direct by demanding a clear yes or no response to a question.

During the interview, Aquino was commendably laid-back—still energetic but restraint.

Also, it is clear that we can count on her to inject human interest flavor in the conversation, no matter how serious it gets.

Important too that the truncated running time spared us the fillers and trivial segments that cluttered the previous Abunda-Aquino entertainment news program Showbiz News Ngayon.

Now the downside. Because it is a purely sit-down and chat show (think SNN meets Bandila’s “Ikaw Na!”), the program is only as interesting as the guest can get.

The second episode with Quezon City Mayor Herbert Bautista was not as lively as the pilot.

It was also a bit awkward that the hosts and the guest would be discussing the administration of President Benigno “Noynoy” Aquino III when the most famous presidential sister is running half the show.

Overall, the Aquino and Abunda Tonight is a good idea. It offers a suitable time span in a good timeslot.

We envision mostly college students and office workers tuning in, getting the heads up about the goings-on in the country, and feeding them with useful conversational topics.

It merits an A for its flexibility, a neither-here-nor-there talk show that mixes showbiz and politics in a15-minute hodgepodge that so defines our fast-turning world as it is.

And, oh yes, it’s super friendly to those with short attention spans.