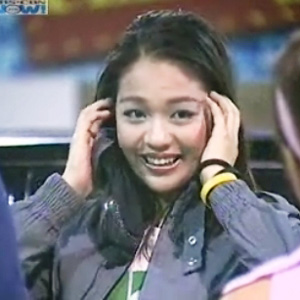 
It's official: Pinoy Big Brother Celebrity Edition 2 is extended for two weeks and will run until January 5, 2008. The celebrity housemates were shocked to learn about this new development and were given the chance to leave Big Brother's house if they did not feel up to the challenge.


Even celebrity houseguest Mariel Rodriguez, who was supposed to leave the PBB house last Saturday, November 24, opted to stay inside the closely monitored house. This means that the Big Four, whoever they will be, would not be able to spend Christmas and New Year with their family and loved ones.


Big Brother sweetened the deal by doubling the prizes for the Big Four so the Big Winner of PBBCE 2 stands to win P2 million cash and a condo unit among others. At stake for the second big placer is P1 million; for the third big placer, P600,000; and for the fourth big placer, P400,000.

For a few minutes, Big Brother opened the gates to the outside world for any housemate who would opt to walk away from this opportunity. A lot of them shed tears at the prospect of not spending Christmas and New Year's Eve with their loved ones but all the tenants of the PBB house declared that they would stay and fight until the end.


GABY DELA MERCED IS BACK. The Racing Goddess is back inside the Big Brother house to replace the two housemates, Mcoy Fundales and Ethel Booba, who exited voluntarily next week.


While the other celebrity housemates were at a shooting range learning how to fire a.45-caliber gun, Baron Geisler and Yayo Aguila were tasked to clean the whole house, cook the housemates' dinner and finally wash a heavily tinted car at the activity area. As they were cleaning the car, they got a pleasant surprise when Gaby Dela Merced emerged from the vehicle.

Gaby was allowed to leave two weeks ago to attend an international race car drivers' seminar in Arizona. She had just stepped out of the plane in the Ninoy Aquino International Airport when the PBBCE2 staff "ambushed" her and asked her if she would be willing to go back inside the PBB house. The Racing Goddess readily agreed to this set-up and even told the housemates, "I got kidnapped!"


In other news, comedienne-singer Gladys Guevarra was ushered into the PBB house earlier this afternoon, November 28, via the afternoon show Uber. The Kapuso star who just came from New Jersey, returned to the Philippines without her Fil-Am boyfriend Philip Peredo. Inside the PBB house, Gladys was tasked to be the judge in the karaoke session of the housemates.


NEW HOUSEGUESTS. Angel Locsin had a brief stay inside the PBB house when she entered the PBB house last Sunday, November 25. The male housemates were playing a game of paintball when suddenly, someone dressed in full battle gear dropped down from the ceiling and started firing at the guys.

Eventually, Angel Locsin removed her helmet and revealed herself. She apologized profusely to the housemates for sniping them. Big Brother dubbed his houseguest as the "Angel of Love" because of her special task. Angel has 24 hours to convince celebrity housemate Ruben Gonzaga to propose marriage to his partner Giselle on national television. They have been together for the past three years but they are not yet married.


Aside from Angel, another celebrity is scheduled to visit the PBB celebrity housemates this week. PBB host Toni Gonzaga gave the hint that he is an international R&B artist. Big Brother has been playing his songs almost non-stop for the housemates to hear so they already have a hint who could it be. He is no other than the international hip-hop and R&B artist Akon who is scheduled to hold his concert at the Araneta Coliseum tomorrow night, November 29.

Pinoy Big Brother Celebrity Edition 2 airs every night on ABS-CBN's Primetime Bida after Lastikman while PBBCE 2 Uber is shown at 5:30 p.m. from Monday to Friday.