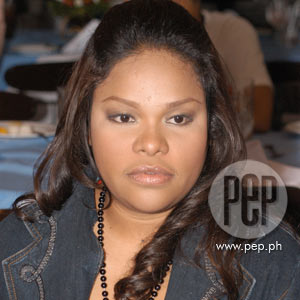 Dubbed as the Soul Singer in Philippine Idol, Mau Marcelo is now preparing to compete in Asian Idol to be held in Jakarta, Indonesia. ABC-5 will air Road to Asian Idol this Saturday, December 8, at 8 p.m.


She made the whole province of Lucena proud when she bested eleven talented singers and emerged as the winner of Philippine Idol, the local franchise of the worldwide hit series American Idol. The reality singing competition was produced by and aired in ABC-5 last year.

Now, Mau Marcelo will try to surpass her achievement and make the whole Philippines proud as she represents the country in the very first Asian Idol competition.

Asian Idol will be held in Jakarta, Indonesia on December 15, Saturday (for the performance show which will start at 8:30 p.m.) and December 16, Sunday (results show, 10 p.m.). The show will be aired live via satellite on ABC-5 on the said dates.

Mau will compete against the winners from five other Asian countries with an Idol franchise. These are Indian Idol Abhijeet Sawant, Indonesian Idol Mike Mohede, Malaysian Idol Jaclyn Victor, Singapore Idol Hady Mirza and Vietnam Idol Phuong Vy. The winner will get an international recording contract and an all-expense paid trip (with pocket money) around the world to watch other international Idol shows.

A special primer titled Road to Asian Idol will air this Saturday, December 8, at 8 p.m. (before the Shall We Dance two-part special) on ABC-5. This episode traces the journey of the contestants—from their auditions to their preparations for the Asian Idol arena.

"Everybody should watch Road to Asian Idol because the show will also include information on how the viewers can vote for their favorite Idol finalist," says Mau.

The 27-year old singer has been preparing exhaustively for the contest. She knows for a fact that her triumph would not be just for herself but for the whole country as well. Aside from following a strict diet, she undergoes rigorous training including personality development under stage director Freddie Santos and voice training under singer Zebedee Zuñiga.

According to Mau, each contestant is required to sing one English song and a song in their native language. Mau had submitted eight song titles for the Asian Idol organizers to choose from and they have selected Dulce's "Ako Ang Nagwagi" and Gloria Estefan's "Reach" as her songs for the competition.

"I'm so excited and nervous at the same time. This is such a big deal for me since I'm not just representing myself but our country as well. I hope the Filipinos will help me win again by voting for me, this time, as the first Asian Idol," appeals the Soul Singer.

Aside from Mau, Asia's Queen of Song and Philippine Idol judge Pilita Corrales will also be in Jakarta as one of the judges in Asian Idol along with other Idol judges Paul Moss (Malaysian Idol), Indra Lesmana (Indonesian Idol), Ken Lim (Singapore Idol), Anu Malik (Indian Idol) and Siu Black (Vietnam Idol).

ABC-5 will air Road to Asian Idol this Saturday, December 8, at 8 p.m.