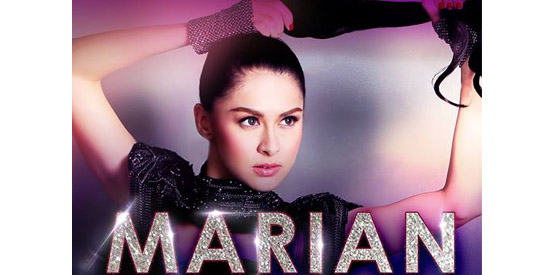 Beginning Saturday (June 21) and Sunday (June 22), GMA Network will bring a special weekend treat to its viewers as it airs the Filipinos’ well-loved shows on their new timeslots.

The viewers can only expect a more entertaining Saturday evening after 24 Oras Weekend as the well-loved Kapuso sitcom Pepito Manaloto: Ang Tunay na Kuwento follows at 6 PM, which features the life of Pepito (Michael V.) and his family filled with humor and life lessons.

For this Saturday’s episode, watch how Pepito’s housemaid Maria (Janna Dominguez) turns into a genius person, which will draw laughter from the audience.

This Saturday, Star for All Seasons Vilma Santos and Diamond Star Maricel Soriano join her in its Philippine TV premiere.

Then, take a break from fun and ready the handkerchiefs as GMA Network airs the drama anthology Magpakailanman at 8 PM, featuring real-life stories of people from all walks of life. For this Saturday’s episode, witness Chef Boy Logro’s story of success and sacrifices, which will bring inspiration to the viewers.

Also, don’t miss the exchange of hilarious jokes of the award-winning host/comedienne/actress Eugene Domingo with the gangnams in the highest-rating comedy game show on Philippine TV, Celebrity Bluff, at 9:30 PM. The pairs who will unleash their witty sides as they play this Saturday are Kevin Santos and Joyce Ching, Mark Herras and Andrea Torres, and Kristoffer Martin and Krystal Reyes.

At 10:30 PM, get ready to be informed in the long-running documentary program I-Witness, to be followed by Walang Tulugan with the Master Showman hosted by German Moreno at 11:15 PM.

On Sunday after 24 Oras Weekend, the whole family will experience a different kind of comedy as GMA Network airs Vic Sotto starrer Vampire Ang Daddy Ko on its new timeslotat 6:10 PM, which will surely start their evening with fun and excitement.

Catch the Hollywood film Spy Kids 4 in GMA Blockbusters at 7:40 PM, which serves as the gateway for avid moviegoers to once again witness their favorite films on the small screen.

End the night by watching the GMA News and Public Affairs Special, "Out and Proud," in Sunday Night Box Office at 11:20 PM, which features the inspiring stories of the Lesbian, Gay, Bisexual, and Transgender (LGBT) community.

Experience a one-of-a-kind and memorable weekend evening filled with superior entertainment only on GMA 7.