Sam Milby on ex-gf Anne Curtis: "There was a time we weren’t too okay...I’m glad that our friendship was established again." 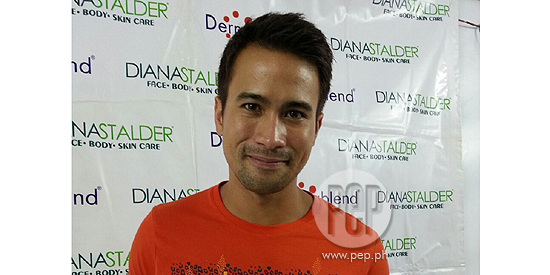 "There was a time we weren’t too okay. I mean, most breakups are not good breakups. It was a rough time. I’m glad that our friendship was established again," said Sam in an interview with PEP.ph (Philippine Entertainment Portal) last June 22.

Six years after their breakup, Sam Milby says his friendship with Anne Curtis is better than ever.

Given their romantic past, he thought that things would be awkward between them.

But the singer-actor was glad that he and Anne didn’t have any problem working together again in ABS-CBN’s primetime soap, Dyesebel.

“There was a time we weren’t too okay.

“I mean, most breakups are not good breakups. It was a rough time.

“I’m glad that our friendship was established again. We’re fine. It’s been fun,” said Sam in an interview with PEP.ph (Philippine Entertainment Portal) after the Dermablend Meet and Greet at Fisher Mall last Sunday, June 22.

It will be recalled that the two topbilled the Star Cinema movie, Babe I Love You, in 2010.

“It’s nice to be working with her again because 4 years na kaming walang project together.

“I was thinking na baka maging awkward. There were times na I would say it was a bit awkward.

“But it’s nice having the friendship again after so long,” the 30-year-old actor added.

Aside from Dyesebel, Sam and Anne are also shooting the movie, The Gifted, along with Cristine Reyes.

In The Gifted, Anne and Cristine are best friends whose friendship will be put to the test because of their campus rivalry.

“Its about their friendship and also their competition between each other.”

Sam, on the other hand, portrays a football scholar who will eventually cross paths with Anne’s character.

He added that if things push through as planned, The Gifted is slated to premiere in cinemas sometime this September.