Donnie Geisler and Gladys Guevarra out of PBB; Ethel and Mariel return 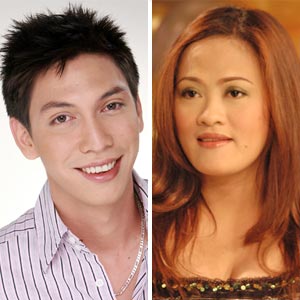 
Three guys were nominated for eviction last week and the viewers of Pinoy Big Brother Celebrity Edition 2 decided that one Geisler was enough to remain inside Kuya's house. Donnie, older brother of Baron Geisler, was booted out of the reality show when he received only 27.43 percent of the votes cast by the viewers.

The two other nominees were Will Devaughn and Jon Avila. The True Lover Will got 39.42 percent of the votes while The English Stallion Jon had 33.15 percent. This makes Donnie the fifth evictee of PBB Celebrity Edition 2.

This week held a lot of surprises since not only was Donnie evicted, two other housemates expressed their desire to exit voluntarily from the PBB house. Gladys Guevarra and Gaby dela Merced both wanted to leave the house but for different reasons.

The actress-TV host known as Chuchay became distraught over the task involving the piglets and this snowballed into much bigger problems that she was feeling. Gladys told Pinoy Big Sister (being played by Mariel Rodriguez since Big Brother is on official leave) that she was depressed and that she no longer wanted to participate in the activities.

Gaby dela Merced, on the other hand, felt that she no longer wanted to stay inside the house because her experience in PBB was already complete. "I felt I had to leave because I felt that I missed out on a lot of things. But I've already experienced the things that I want to experience," says the race-car driver. After thinking things over, the Racing Goddess decided to stay inside Big Brother's house.

Lastly, Mariel a.k.a. Big Sister was tasked to issue instructions for the housemates since Big Brother was on official business. She was given a script to follow but she was not prepared for the sudden outburst of Gladys and the desire of Gaby to leave the PBB house.

From inside the secret room, Mariel was able to monitor the movements of the housemates before she was finally ushered once again inside Kuya's house as one of his tenants.

Pinoy Big Brother Celebrity Edition 2 airs every night on ABS-CBN's Primetime Bida after Ysabella while PBBCE 2 Uber is shown at 5:30 p.m. from Monday to Friday.