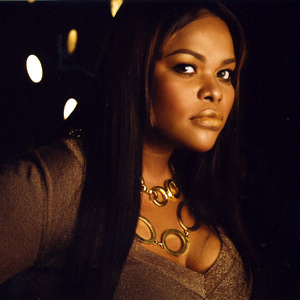 Philippine Idol Mau Marcelo (in photo) will compete with five other Idol winners this weekend for the title of first Asian Idol. The two-part TV special will be aired on ABC-5—Saturday, December 15 (performance show) at 8 p.m. and Sunday, December 16 (results special) at 10 p.m. The winning Asian Idol will be determined by text votes.


The very first Asian Idol will be held in Jakarta, Indonesia, this weekend. It will be aired via satellite on ABC-5 this Saturday (performance show) at 8 p.m. and Sunday (results special) at 10 p.m.

Asian Idol is the special Asian franchise of the world's most popular reality singing competition American Idol and will feature the winning "Idols" from six Asian countries: the Philippines, Singapore, Vietnam, Indonesia, India and Malaysia.

Unlike its longer-running counterparts, this special Asian Idol competition will be a one-time competition in which the six international idols from their respective countries will perform in one grand show. The winner will be declared the next day during the results special. Viewers have a chance to vote for their two favorite Idol contestants.

The two-night special event will feature special guests like 2006 American Idol himself Taylor Hicks, who is scheduled to arrive in the Philippines next week. He will be joined by Australian Idol Guy Sebastian, as well as some popular performers from Indonesia, India and Vietnam. The Philippines' own Rivermaya will also be performing in the special.

THE CONTESTANTS. Here are the profiles of the six contestants vying for the title of first Asian Idol.

Mau is also leading the race in an online poll conducted in the official website of Asian Idol. She has 50.77 percent of the 25,201 total votes as of December 11. If this is any indication, then there's a big chance for a Filipino to become the very first Asian Idol.

Vietnam Idol Phuong Vy was the winner of the first Vietnam Idol, where he won in the finals held October 3. Phuong, who auditioned in Ho Chi Minh City, had never experienced being in the bottom three. She won over Ngoc Anh with total votes of 53,44 percent. She received $US10,000 and a contract with Music Faces Company. Phuong placed second to Mau in the online poll with 23.37 percent of the votes.

Indonesia has four Idol winners in all, but Indonesian Idol Season 2 winner Mike Mohede was chosen to represent the country after he bested the three other Idols in the runoff to Asian Idol. Mike already has a first album, titled Mike, under Sony BMG launched in 2005. His hit single "Semua Untuk Cinta" was nominated for the Anugerah Musik Indonesia 2006. Mohede is in the top three in the online poll with 20.50 percent.

Hady Mirza was the winner of Singapore Idol Season 2 held in 2006. He garnered 70 percent of about one million votes. His self-titled debut album was released in Singapore a couple of months later and achieved Platinum status within four days of release. In Singapore, considering the small population, albums reach Platinum Status when 15,000 albums are sold, instead of one million as in the U.S. Hady got 2.83 percent of votes in the online poll.

Jaclyn Victor, popularly known as Jac, was the winner of the first season of Malaysian Idol. Jac became Malaysian Idol on October 16 after getting 76 perccent of the total votes. Along with the title, she won a recording contract under Sony BMG Entertainment and collaborated with famous Malaysian composers such as Aubrey Suwito, Azlan Abu Hassan, and Ajai. Jaclyn has 2.17 percent of the online votes.

Abhijeet Sawant was the first Indian Idol. The song he sang on the final episode, Mohabbatein Lutaunga, also became his most famous one. His first solo album, Aapka Abhijeet Sawant, was released in 2005. Abhijeet got the lowest vote with 0.36 percent.

VOTING MECHANICS. Voting can be done via SMS. Each voter in every country has to vote for two Idols in each text message. The texter cannot vote for the same Idol twice in the same SMS or else the vote will be invalid. A viewer can vote as many times, and for as many two combinations as he/she wants.

Texters should indicate not the name of the contestants, but the country represented. For Filipino viewers, type VOTE send to 2959 for all telecommunications providers (Globe, Smart, Sun). For example, in order to vote for Mau of the Philippines and Hady of Singapore, one must type: VOTE PHIL SIN andsend to 2959 (for all telecom companies).

Voting starts when the host gives the signal on the Saturday (Dec. 15) performance show, and ends at 11:30 pm of Sunday, December 16 , in the results show which starts at 10 p.m.

Other participating countries and their respective keywords are: VIET for Vietnam (Phuong Vy), INDO for Indonesia (Mike Mohede), MAL for Malaysia (Jaclyn Victor) and INDIA for India (Abhijeet Sawant).